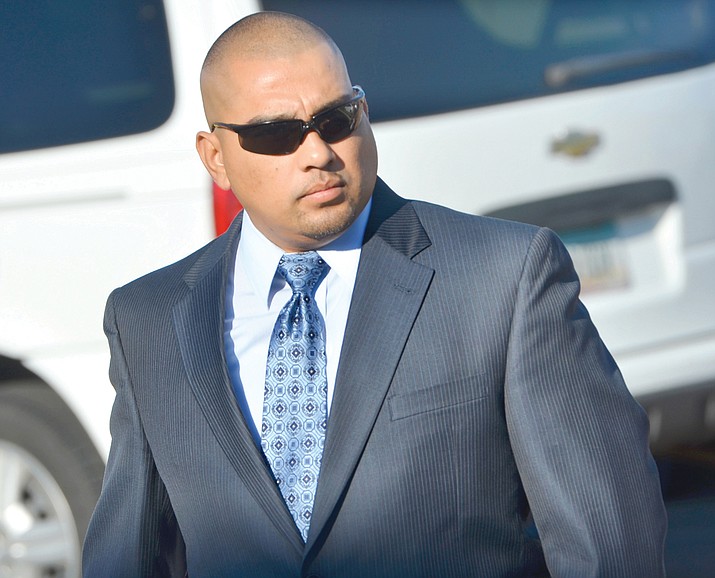 Cecilio Cruz has been indicted on charges of murder and manslaughter in the 1997 killing of his girlfriend, Marisol Gonzalez, and her unborn son. (VVN file photo)

PRESCOTT – A planned May 2017 trial date for Cecilio Cruz, indicted on charges of murder and manslaughter in the 1997 killing of his girlfriend, Marisol Gonzalez, and her unborn son, has been vacated after the Yavapai County Public Defender’s Office said it had an unspecified conflict of interest.

Cruz and Gonzalez were both 17 when she was killed. Police said the two had been dating, and Gonzalez found out she was pregnant with Cruz’s child after they broke up.

Her body was discovered in an alley near her home on March 25, 1997, the same day she was set to have labor induced to deliver her baby boy.

She had been shot in the face.

Police have alleged that Cruz spoke with Gonzalez by phone the previous night.

The motion to withdraw, filed by attorneys Grace Guisewite and Damon Rossi, said they had met with both bar counsel and outside ethics counsel, and that “given the nature of the conflict the (Public Defender’s) office determined that the only ethical course of action is to withdraw from the case.”

Cruz will now be defended by lawyers from the Shaw Law Firm in Cottonwood, but as Guisewite and Rossi wrote, “given the mountain of disclosure (evidence), any current deadlines and trial dates would be impossible for it … to meet.”