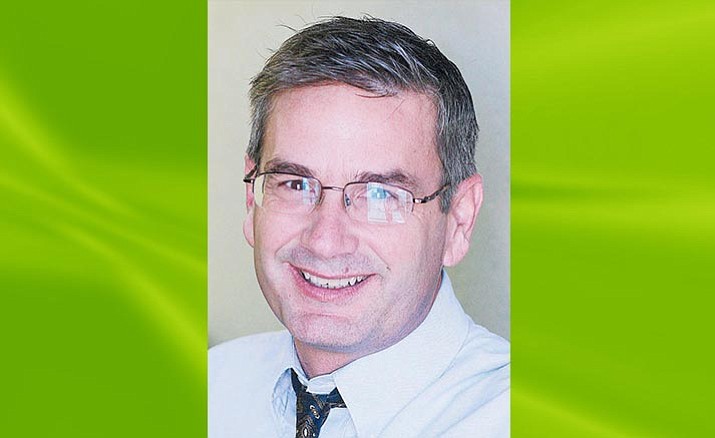 COTTONWOOD – Tuesday, the Cottonwood-Oak Creek School District governing board will go into executive session to negotiate a contract with Steve King, the man who will replace long-time Superintendent Barb U’Ren.

A man of humility, King says a lot of his confidence “comes from Barb.”

“The transition doesn’t stop on July 1. It continues. And we have a remarkable staff of teachers here, and support staff,” says King, who as of July 1 will lead COCSD. “I’m not alone. If anything, I need to follow their lead.”

It’s true that King will not be alone, especially since U’Ren says she plans to work as a mentor and consultant in the Verde Valley.

King became U’Ren’s assistant superintendent in 2015 after an eight-year career as principal at South Verde High School in Camp Verde. Set to replace a superintendent as accomplished as U’Ren, King says the experience is “humbling, but it’s exciting – and challenging.”

“There are a lot of extremely talented people here,” King says. “You have to build relationships and you have to build collaborations. The responsibility here is 2,000 children and 300 staff.”

According to Tricia Winters, executive assistant to U’Ren, the superintendent’s recommendation to the board that King replace U’Ren was part of “an intentional, deliberate plan.”

“We had regular conversations, how I could assist in the transition process,” Winters says. “Once the board gave their stamp of approval, I knew it was going in that direction.”

Following contract negotiations, the district’s governing board is expected to approve the contract in open session. Before going into executive session to negotiate and accept King’s superintendent contract, the COCSD governing board is scheduled to discuss the following:

• Possible authorization of certified substitute teachers for the remainder of the 2016-2017 school year;

The Cottonwood-Oak Creek School District board will meet at 5:30 p.m. Feb. 7 at the district office board room, located at 1 N. Willard St. in Cottonwood. A copy of the agenda is available at the district website, www.cocsd.us.