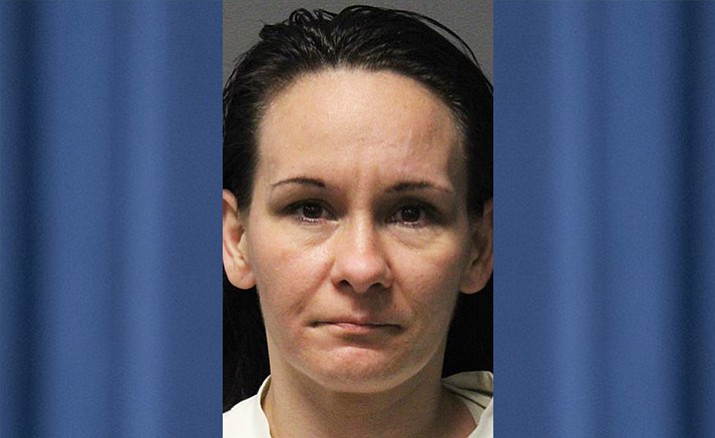 Fitzpatrick, 36, of Cottonwood, was charged with one count of drug paraphernalia after drug raid Jan. 12.

She was sentenced to 1.5 years in prison. Fitzpatrick has 11 prior felonies and had outstanding warrants.

According to a news release from Yavapai County Sheriff’s Office Media Relations Coordinator Dwight D’Evelyn, “Over the past month, Partners Against Narcotics Trafficking (P.A.N.T.) detectives began receiving information about a particular residence in Cottonwood reported to be involved in the possession, use, and sale of methamphetamine and heroin. The investigation surrounded a residence located in the 1700 block of East Arroyo Seco.”

It was also discovered there were multiple surveillance cameras in use, including audio surveillance, at this residence. The occupants were known to have access to handguns and possibly improvised weapons with a portion of the residence fortified in some fashion, said D’Evelyn.

During the investigation, detectives confirmed both Fitzpatrick and Mattson were wanted subjects with multiple outstanding arrest warrants regarding various offenses throughout Yavapai County.