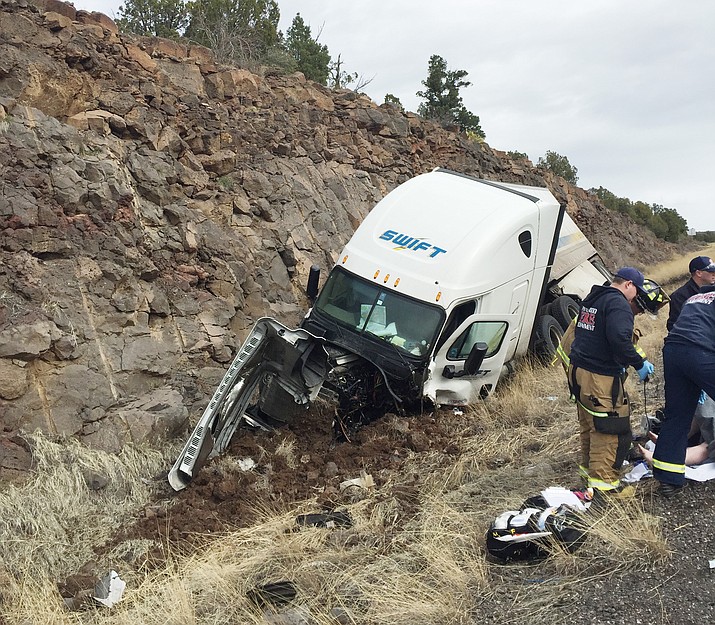 MUNDS PARK -- A collision stemming from a carjacking closed southbound Interstate 17 near Munds Park for several hours Sunday, according to Col. Frank Milstead, director of the Department of Public Safety.

The southbound lanes reopened around 9 p.m., according to the Arizona Department of Transportation.

The incident began with a report of a red Mustang driving recklessly southbound along I-17 north of Camp Verde, according to the DPS. After the Mustang crashed with another car, the suspect took a white GMC SUV.

DPS troopers pursued the SUV and shots were fired by the driver, the agency said.

At the time, Copper Canyon Copper Canyon Fire and Medical officials had been dispatched to the three-vehicle collision with no injuries at I-17 southbound milepost 297 Sunday at 10:17 a.m.

While en route, emergency responders were dispatched to a second accident at 10:24 a.m. at milepost 307.5 southbound that involved two-vehicle head-on type collision involving an SUV and a semi-truck pulling a trailer.

Both patients were transported to an area hospital.

I-17 closed for 10 hours following carjacking, shooting, head-on crash
CCFMA responds to vehicle that fell 75-feet down embankment
Crews respond to collision on 1-17
One dead, five injured in 10 vehicle crash on I-17 Sunday
SR 89A crash results in injuries, traffic delays
Event Calendar