Lady Cowboys to play in state tournament Friday at noon 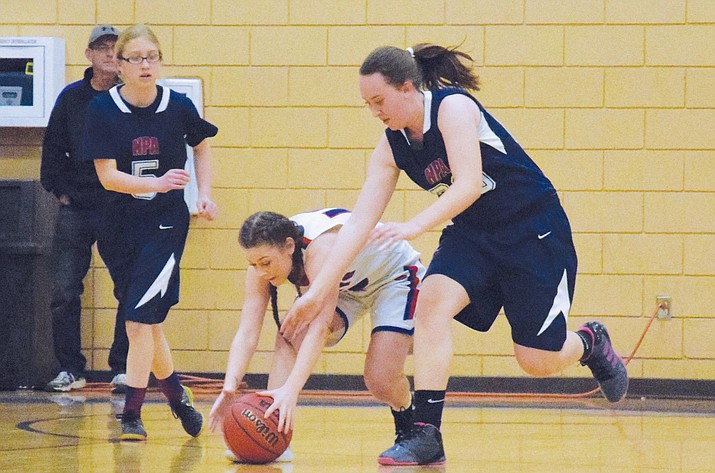 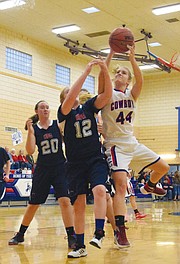 CAMP VERDE – Camp Verde girls basketball head coach Mark Showers did not even expect to make the play-in game this season, but now the Lady Cowboys are in the full state tournament.

No. 10 seeded Camp Verde faces No. 7 Phoenix Country Day in the first round of the state tournament at noon on Friday at Yavapai College in Prescott.

“For me it’s huge because I didn’t even expect to get into the play-in game,” Showers said. “I had no idea that this team was going to perform to the level that they’re performing and so for us to get to the play-in game, which was basically getting to the state tournament and then winning that game and going on to the next round, that’s pretty impressive for this group of girls they worked hard for this.”

On Jan. 6, Camp Verde beat Glendale Prep 48-37 on the road, but on Jan. 24, the Griffins won the game in Verde Valley 40-31. Camp Verde and Glendale Prep finished tied in the Central Region standings and the Lady Cowboys were ranked one slot higher.

“Raiven Alvey did a great job defensively taking care of that,” Shower said. “Then on the offensive end, (senior forward) Kayla (Hackett) was a horse. It was a two point game the whole game until the end we finally started hitting a few free throws and pulled away a little bit.”

Hackett said they had to play their hardest to win and the atmosphere felt more intense.

Phoenix Country Day (22-7) finished tied for first in the Metro East Region with a 9-1 record.

While the Eagles beat Camp Verde 30-16 on December 2 in Country Day’s tournament, Showers said it’s a game they can win.

“We looked absolutely horrible and they looked okay so hopefully we’re better and maybe they didn’t improve as much as we have and we’ll see what happens,” Showers said.

The game at Phoenix Country day was Camp Verde’s fourth of the season and dropped their record to 2-2.

“It’s good, because last time we played them it was in a tournament and we were still a young team,” Hackett said. “It was early on in the season and we’ve grown so much since then and I’m excited to play them.”

Hackett said she thinks the break is good, giving the Lady Cowboys more time to practice and fix things. Showers is not sure.