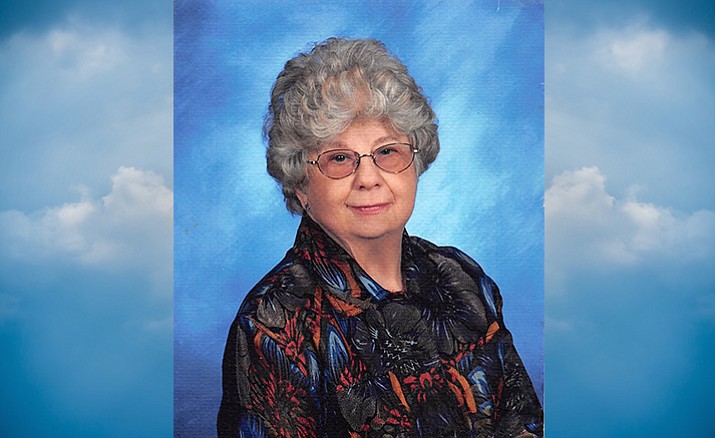 She was born on April 11, 1939 in Kansas City, Missouri to Frank James Dean, Jr. and Sarah Raymond Dean.

She worked at Macy’s Department Store in downtown Kansas City, and soon after joined the Episcopal Church Army, where she met her husband, Roger.

Together they worked at Jackson-Field Girls Home in Jarrett, Virginia, and Sally later worked with the disabled at the University of Virginia Medical Center in Charlottesville, Virginia.

Soon after, Sally and Roger moved to Cottonwood, Arizona where they owned and operated the local Dairy Queen for many years.

They returned to the Kansas City area in 2015. Sally was a member of Mt. Olive Lutheran Church in Overland Park, Kansas.  She was active in church for her entire life and did volunteer work both at church and in the community.

She loved to travel, and with Roger visited all 50 states during their retirement. Sally was preceded in death by her parents.

She is survived by her loving husband, Roger Fitch, three brothers, Raymond Dean (wife, Sarah) of Lawrence, KS, James Dean of Lawrenceville, GA, and Frank Dean (wife, Lori) of Roeland Park, KS, as well as many nephews and nieces and a wide circle of friends in Kansas City and Cottonwood, Arizona.

She was dearly loved by her family and friends, and she will be sorely missed. A funeral service was held February 15, at Johnson County Funeral Chapel, 11200 Metcalf Avenue, Overland Park, Kansas.