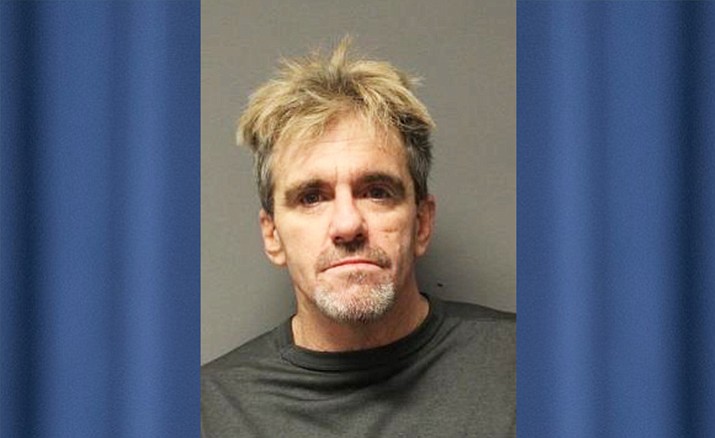 In December 2016, PANT detectives began receiving information about Brown concerning the illegal possession and sale of drugs, according to a news release from Yavapai County Sheriff’s Office.

Detectives learned he was operating in the Verde Valley and Sedona.

Monday, PANT detectives located Brown’s vehicle in the Cottonwood area and developed a timeline regarding his travels to various locations which indicated drug sales and related activity, said YCSO.

Later that day, Cottonwood Police Department officers conducted a stop on Brown’s vehicle for a traffic violation near the 2500 block of Rio Mesa Trail, according to the release. Brown was the driver and only occupant.

Officers developed indications of drug activity and possession involving Brown and as a result, a Camp Verde Marshals Office K9 deputy was requested, stated YCSO. According to the release, the K9 was deployed for an exterior sniff of the vehicle resulting in a positive alert to the odor of drugs.

“A subsequent search of the vehicle yielded the following items; approximately 87 grams of black tar heroin (3.5 oz.), about 20 grams of methamphetamine, 5.43 grams of marijuana wax, several morphine 30 mg pills, syringes, a digital scale, glass pipe(s) and more than $3000 in cash. The estimated street value of this load exceeds $12,000,” stated the release.

He was booked at the Camp Verde Detention Center and remains in-custody on a total bond of $100,000, which includes an earlier narcotics sales case, the release stated.