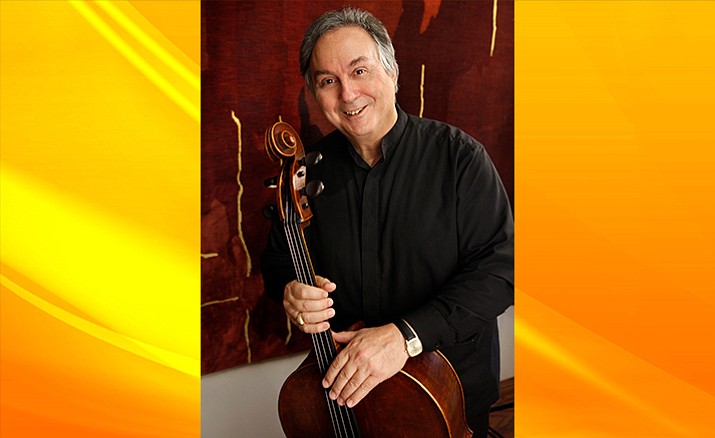 The duo will perform an all-Beethoven program “Beethoven Meets the Magic Flute”. The Seattle Times recently wrote: “Kirshbaum’s accuracy in the extensive double stops and his amazing facility were matched by his commitment to and involvement in the music; this is a cellist any music lover would want to hear regularly.”

The concert is made possible with support from Dan & Victoria Bresnan and Dottie Webster.

Ralph Kirshbaum’s distinguished career encompasses the worlds of solo performance, chamber music, recording and pedagogy and places him in the highest echelon of today’s cellists.

He enjoys the affection and respect not only of audiences worldwide, but also of his many eminent colleagues and students. Kirshbaum has appeared with the Boston, Chicago, San Francisco, Pittsburgh, BBC and London Symphonies, Cleveland Orchestra, Los Angeles Philharmonic, Philharmonia, Zurich Tonhalle, Orchestre de Paris and Israel Philharmonic.

He has collaborated with many of the great conductors of the time such as Herbert Blomstedt, Semyon Bychkov, Christoph von Dohnányi, James Levine, Kurt Masur, Zubin Mehta, André Previn, Sir Simon Rattle, Leonard Slatkin and the late Sir Georg Solti.

“We’re in for a fabulous concert and I encourage all music lovers to purchase tickets now,” said Harclerode. The program includes Seven Variations in E-flat Major on “Bei Männern welche Liebe fühlen” from Mozart’s Die Zauberflöte, WoO 46; Sonata No. 2 in G Minor, Op. 5, No. 2; Twelve Variations in F Major on “Ein Mädchen oder Weibchen” from Mozart’s Die Zauberflöte, Op. 66; and Sonata No. 3 in A Major, Op. 69.

Shai Wosner has attracted international recognition for his exceptional artistry, musical integrity, and creative insight. His performances of a broad range of repertoire — from Beethoven and Schubert to Ligeti and the music of today — reflect a degree of virtuosity and intellectual curiosity that has made him a favorite among audiences and critics, who note his “keen musical mind and deep musical soul” (NPR’s All Things Considered).

Mr. Wosner has also been praised for inventive pairings of classical and modern masters. The BBC Music Magazine reviewed his recent Oynx label CD and said “Wosner’s notes describe these composers’ use of humor as ‘like two distant relatives sharing an old family joke’. ….It’s the intelligence, perception and dazzling energy of Wosner’s playing that makes all this possible and vivid.”

Last season Misters Kirshbaum and Wosner performed Beethoven cycles in the U.S. and Great Britain, highlighted by a performance of the complete cycle in London’s Wigmore Hall, in conjunction with the celebration of Mr. Kirshbaum’s 70th birthday.

November 2016 they released the complete Beethoven sonatas and variations on Onyx Classics. October they performed the cycle at the Phillips Collection in Washington DC; at the Wallis Annenberg Center in Los Angeles March 10 and 11, immediately followed at Chamber Music Sedona in Arizona March 12.

“We’re delighted to bring two artists of international renown to our series for a continuation of the one-composer concept,” said CMS artistic director Bert Harclerode. “I worked with Mr. Kirshbaum in 1991 with the San Diego Symphony and then spent time together at the 2016 Piatigorsky Cello Festival. I heard Shai in Santa Fe last summer at the SFCMF. I’m very excited to hear them perform works from their all-Beethoven – Sedona being one of their national tour.”

An on stage post-concert Artist Q&A, hosted by Harclerode, will take immediately after the concert, and tickets to the “Meet & Greet” post-concert reception at Courtyard by Marriott may be purchased by calling 928-204-2415.

Chamber Music Sedona’s 16-17 Season finale, the Spring Music Festival, takes place April 5-9. CMS is supported by a grant from the City of Sedona and nearly 250 Sedona and regional households.