Infant ‘vigorously shaken’ listed as missing, endangered child
Florida working to bring child back to be placed in foster care 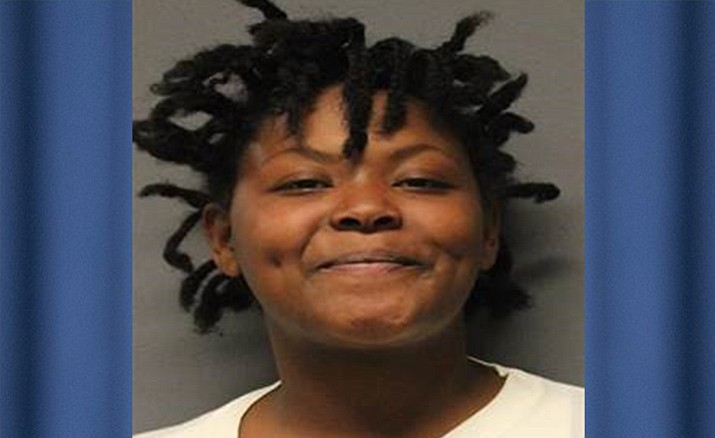 COTTONWOOD – The Cottonwood Police Department has discovered an update regarding the 19-year-old woman who was caught on video “vigorously shaking” an infant at the corner of Main Street and SR 260.

The 10-month-old victim of the child abuse arrest of Khadija Greer-Simkins was listed as a missing/endangered child out of Tampa, Fla, according to a news release from Detective Sgt. Tod Moore.

According to Florida officials, the infant was taken from the parents and placed into foster care for unknown reasons.

During a supervised visitation, Greer-Simkins and the child’s father, Udi Eli, reportedly took the child and left the state, according to the release.

Due to a miscommunication in reporting procedures, the missing/endangered status out of Florida was not immediately known to the officers on scene at the time of the arrest, said Sgt. Moore.

Florida is currently working on bringing the child back to Florida to be placed in foster care, the release stated.

No known charges are currently pending out of Florida for the child’s parents, said Sgt. Moore.

Greer-Simkins was charged with aggravated assualt of a minor, and child abuse and endangerment, stated a previous news release.

Earlier reports stated police were called on scene after witnesses reported observing Greer-Simkins poking the baby in the eyes and violently shaking the child, and the incident was recorded on a cell phone by a witness.

“The child did not appear to suffer any serious injuries and is currently in the care of DCS. I have seen too often in shaken baby cases where permanent brain damage or death occurs. We appear to be very fortunate this time,” said Sgt. Moore in a previous release.