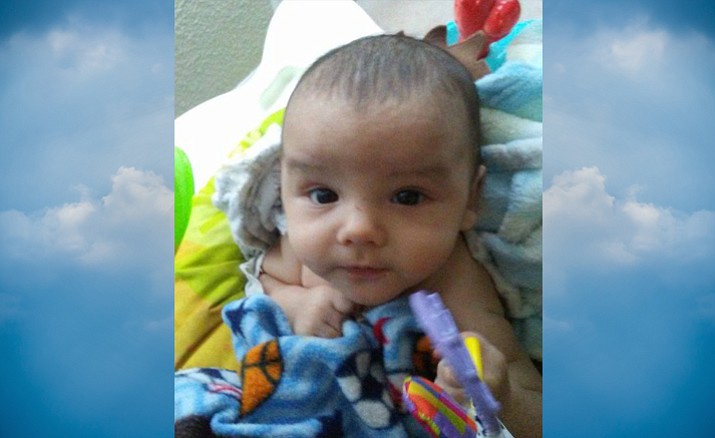 Jason passed away peacefully in his sleep. He was a happy baby and he brought so much joy to his family.

Donations may be made in Jason’s memory to House of Ruth Pregnancy Care Center, houseofruthpcc.com, PO Box 2195, Cottonwood, AZ 86326.

The family would like to express special thanks to the first responders, Verde Valley Christian Church, and Bueler Funeral Home.

The family is also very appreciative of the many friends who have been so supportive through this difficult time.