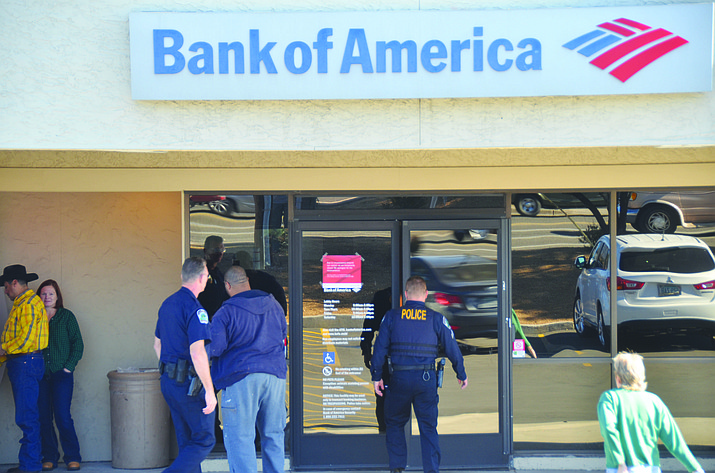 Authorities continue to seek information regarding the Bank of America burglary that occurred in the early morning hours of Jan. 27, 2016.

COTTONWOOD – It’s been almost a year, and authorities continue to seek information regarding the Bank of America burglary that occurred in the early morning hours of Jan. 27, 2016.

According to an initial release from the Cottonwood Police Department, an unknown subject entered the bank, gained access to the vault, and removed about $350,000.

The reward for information about the case is still at $40,000.

Detective Sgt. Tod Moore said the department has collaborated with the FBI.

The local Bank of America has learned from the event, said Sgt. Moore, and “has changed many of their in house procedures and security measures to decrease the possibility of another event like this happening again.”

To date, eight different search warrants have been obtained and served, said police.

The cell phone data search and analysis of 12 different phones have been conducted during the investigation, said police, and data analysis of several suspected individuals have been performed. The GPS tracking of vehicles was also done, Sgt. Moore.

Sgt. Moore said it is likely that more than one person is involved and that “someone knows something.” It is also likely that someone with a current or past relationship with the bank or a branch employee is involved, he continued.

Authorities also have their eyes on unusual spending habits and casino activity.

“This is an active investigation and we are continuing to work numerous leads with the FBI and continue to follow the leads we already have,” said Sgt. Moore.

“The Cottonwood Police Department remains vigilant and our detectives have and continue to spend significant time on the case,” he continued.