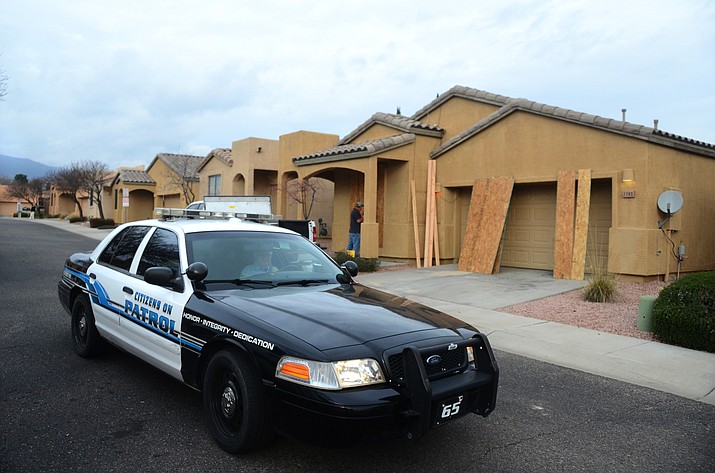 Hours after a morning raid at an Arroyo Seco residence, the process to board up a broken window is underway. Three were arrested during the PANT search warrant. (VVN/Vyto Starinskas)

Arroyo Seco is located in the Cottonwood Square/Cottonwood Commons community.

The PANT warrant was considered high risk, explained D’Evelyn, and as a result, distraction devices or ‘sound bombs/flash bangs’ were used to provide law enforcement personnel a measure of additional protection.

These non-lethal explosive devices temporarily disorient a suspect's senses by producing a blinding flash of light and an intensely loud "bang" of greater than 170 decibels without causing permanent injury.

Three people have been arrested on charges that include drug and weapon violations and warrants, he said, and the investigation remains active.