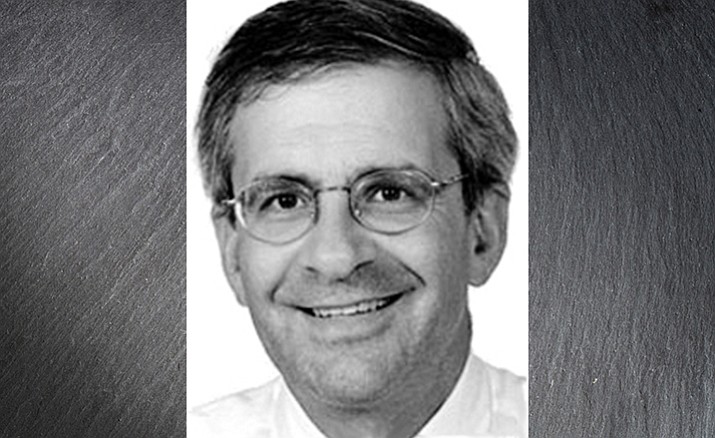 Thomas Jefferson? Made the Louisiana Purchase. Andrew Jackson? Battled the Bank of the United States. Abraham Lincoln? Signed the Emancipation Proclamation. Herbert Hoover? Presided over the beginning of the Great Depression. Jimmy Carter? Hobbled by hostages in Iran.

Simplistic? Of course. But also accurate.

We tend to distill presidencies into easily digestible notions, one per president, almost as if administrations were bumper stickers. (Franklin Roosevelt is the great exception, his status earned because he had a dozen years in the White House and was elected four times, a record never to be broken. In 1943 he retired as -- these are his words -- “Dr. New Deal” to assume his new identity as “Dr. Win the War.”)

All of which, in the last breath of the Barack Obama administration, raises the question: What will be his label?

That’s clearly top of mind for the president, who is to speak about his legacy from Chicago on Tuesday. Like George Washington, whose Farewell Address formed one of the touchstones of American diplomacy for a century, and Dwight Eisenhower, whose presidential valedictory introduced the phrase “military-industrial complex,” Obama wants to “offer some thoughts on where we all go from here.”

This obsession with historical legacies is not only an American preoccupation. Just this summer the New Statesman, Britain’s left-leaning political journal, asked whether, if Neville Chamberlain is unfairly remembered as the architect of appeasement and Anthony Eden is, equally unjustly, remembered as the bungler of the 1956 Suez Crisis, should David Cameron, whose achievements included healthy job creation and overhaul of welfare and education policy, be cursed by being remembered merely for the folly of holding the Brexit referendum?

“When students answer exam questions about Chamberlain, it’s a safe bet they aren’t writing about the Holidays With Pay Act 1938,” Dominic Sandbrook wrote in the New Statesman. “And when students write about Cameron in the year 2066, they won’t be answering questions about intervention in Libya, or gay marriage. They will be writing about Brexit and the lost referendum.”

That is almost certainly true, just as Obama will forever be remembered as the first black president. But Obama’s label, the result of birth rather than choice, was conferred on him moments after his inauguration, just as Washington became the nation’s first president on Inauguration Day and John Kennedy its first Roman Catholic chief executive 172 years later.

Surely we remember Washington for more than that first day -- there are innumerable precedents he set in his first presidency -- and we remember Kennedy for more than his religious tradition. Civil rights, the space program, Vietnam and the Peace Corps grew out of those spare thousand days in 1961 to ‘63.

Historical reputations are not fixed in concrete, as Harry Truman and John Adams (both rescued by the estimable David McCullough) and Dwight Eisenhower (resuscitated by Princeton political scientist Fred I. Greenstein as the “hidden-hand” president) prove -- and as George W. Bush (pilloried by an Eisenhower hagiographer, Jean Edward Smith) can hope.

Obama is celebrated on the left and vilified on the right for overhauling health care; we won’t know for decades whether he is regarded by history as a hero or a villain for Obamacare, but Ronald Reagan used to joke that his economic vision was derided as Reaganomics until it worked. Nor do we know now whether his election began a long period of racial reconciliation, as some hopeful commentators said eight years ago, or whether his administration presided over a worsening of relations between the races, as many conservatives argue.

Obama has been such a lightning rod that it was easy to miss his quiet work on climate change. He takes comfort in the growing consensus that human intervention is the principal cause in climate change -- a view shared by secretary of state-designate Rex Tillerson -- and he takes pride in his role in negotiating the Paris climate agreement, though he made little headway at home and his achievements are in jeopardy in the coming Trump administration.

In the journal of the American Academy of Political and Social Science last year, scholar Gary C. Jacobson of the University of California-San Diego argued that Obama will have a permanent effect on the American partisan profile.

Younger voters, including Republicans and independents, he said, “are notably more moderate or liberal and favorably disposed toward Obama and his policies than their elders, and there is no reason at present to think that this will change any time soon.”

That was written before the Trump election, but it still may hold. Then again, there is a new identity group in the political calculus -- white working-class voters -- and political professionals and political scientists will be watching them for years.

Only the president’s most severe critics dissent from the notion that Obama has run an administration of uncommon integrity. “It is one of the great failures of recent political history,” J.D. Vance, whose memoir “Hillbilly Elegy” made him a spokesman for that new identity group, wrote last week in The New York Times “that the Republican Party was too often unable to disconnect legitimate political disagreements from the fact that the president himself is an admirable man.”

Many of Obama’s opponents deride his use of executive orders and unilateral decisions on areas such as the environment, but they may be pleased that what they criticized as executive “power grabs” may now be available to Trump. That sort of thing happens, as the Democrats who made it easier for Obama to win Senate confirmation for his non-judicial appointments are about to find out. Their clever maneuver now will be used by the Republicans to speed the confirmation of Trump’s Cabinet choices.

We are witnessing one of the most dramatic changes in presidential personality in our history -- far more striking than, say, the passage of Lyndon Johnson to Richard Nixon. It will be years -- generations, maybe -- before we know whether Obama or Donald Trump is the beginning of a historical change or an aberration.

“We gain new perspectives on events the further we get from them,” University of Wisconsin historian William Cronon wrote in 2012, shortly after he became president of the American Historical Association, “and the ends of our stories can change so radically that the stories themselves become unrecognizable from what we thought they were before.”

Be prepared not to recognize your own times when, a few decades from now, you read about them.