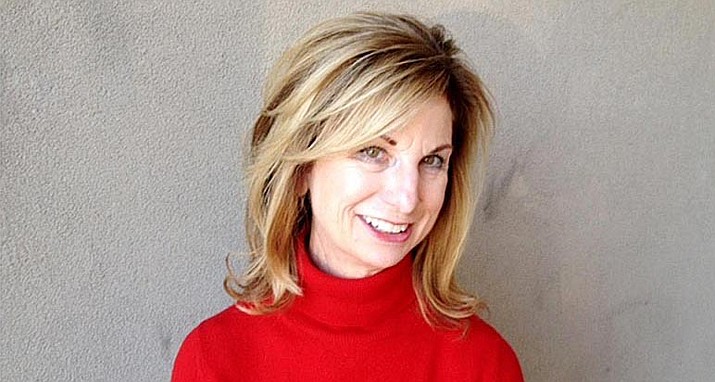 CLARKDALE – Though there are two plausible sides to most issues, it’s generally the people able to find common ground who are most successful in building consensus.

A self-proclaimed “bridge builder,” Dr. Connie Harris decided last November to pursue a place on the Yavapai College’s District Governing Board to replace District 3 Representative Al Filardo, who resigned in part due to the board’s elimination of the Verde Valley Board Advisory Committee.

“I received a call from a couple of friends who said I ought to think about this,” said Dr. Harris, a resident of the Village of Oak Creek. “I looked into it, read about it, looked at the board’s policies and mission. I want to be involved in our community. With my background and exposure, I decided to give it a try.”

A longtime educator in Maricopa County before moving to VOC in 2016 with her husband Jack, Dr. Harris has been director of AdvancED Arizona since 2013, a non-profit accrediting agency that serves K-12 schools, education service agencies and colleges on an international basis.

According to Yavapai County School Superintendent Tim Carter, Dr. Harris “clearly understands the scope, operation and functions of a governing board.”

Carter also said that Dr. Harris’ critical thinking skills “focus attention on finding solutions to problems and improving educational practices in a strategic manner. She has a history of innovation. She listens, observes, and considers as many options as possible. [Dr. Harris] will serve the various stakeholders of Yavapai College in a most honorable fashion.”

District 2 Representative Deb McCasland said she “look[s] forward to working with [Dr. Harris] in representing the educational needs of the Verde Valley.”

“She has an excellent background in education and boards,” McCasland said. “Her disadvantage is little knowledge of how Yavapai College and our board operates.”

Despite a lack of familiarity with the college board, Dr. Harris said she purposely did not research its “recent history.”

“I want to be a blank slate, a fresh set of eyes,” Dr. Harris said. “I see the community college as a viable option for so many people, whether they seek certification, education beyond their AA, or just for enjoyment. It’s huge. I feel that it’s important for all of our students.”

The process also involved the solicitation of feedback from the general public. Since comments were given “in confidence,” Superintendent Carter said that “many were unhappy about the ‘lack of listening to understand the needs of the Verde Valley’ and about the suspension of the Verde Valley Advisory Committee … it became obvious that the concerns of one community were very different from the concerns of another community.”

Dr. Harris started her career in education as a teacher at Westwood High School in Mesa. She then taught at Deer Valley High School before becoming an administrator, first as assistant principal at Deer Valley, Horizon, then Barry Goldwater high schools.

In 1994, Dr. Harris accepted her first position as school principal, at Mountain Ridge High School, where she served until 2002.