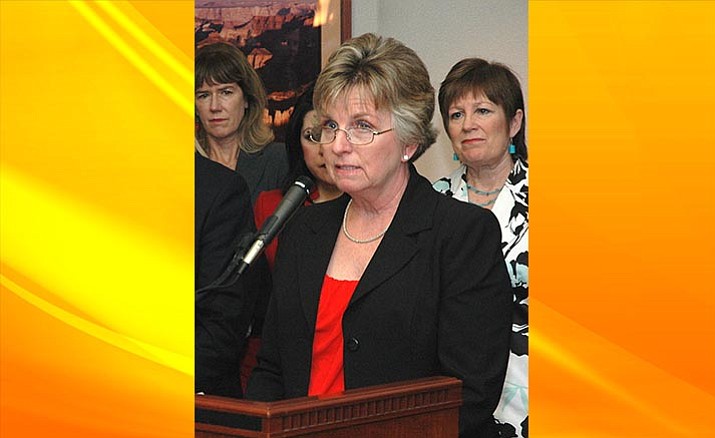 PHOENIX -- Saying Arizonans are one accident away from financial ruin, state lawmakers want to force motorists to buy more insurance to pay for the deaths and injuries they cause to others.

Sen. Kate Brophy McGee, R-Phoenix, points out that existing law allows someone to drive a car or truck with insurance that pays for only $15,000 of liability for injuries to any one person in another vehicle they hit, and a total of $30,000 for all injuries and deaths out of the same incident. And their coverage for damages to the cars and other property of others can be as little as $10,000.

That figure, she noted, has not been adjusted since 1972.

David Childers, lobbyist for the Property and Casualty Insurers Association, figures the change will boost premiums for those now buying just the minimal coverage by about $80 a year. But Childers is opposed to the legislation.

Childers said he fears that additional cost will cause more Arizonans to decide they just can’t afford coverage and ignore the law, driving without insurance. And that, he said, would likely increase the current 10.6 percent of motorists who are driving “bare.’’

Those arguments failed to sway not only Brophy McGee. Childers had no better luck convincing members of a special legislative committee which studied the issue last year and recommended the coverage limits that she incorporated into SB 1111.

The debate comes down to the question of what role the state needs to play in ensuring that those who are injured by the negligence of others have the resources to cover the damage they cause.

And that doesn’t even count the cost of totaling someone else’s vehicle. Brophy McGee pointed out that only most vehicles cost far more than the $10,000 minimum coverage.

“It’s like that commercial you see: What are you going to do, drive three-quarters of a car?’’ she asked.

And it’s not just the damage to someone else’s car.

There also are costs to the state. The task force report says that during the last three years the state Department of Transportation incurred $16 million of damage to guardrails, signs and other property. Of that total, about $6 million was unrecoverable, mostly because the motorist had insufficient insurance, though some of that was due to uninsured motorists.

But Brophy McGee said her main concern is what happens to those who are in accidents that are the fault of others. And she said she has heard too many stories of a cascading problems.

“The car got totaled, the medical bills piled up, they lost their job,’’ Brophy McGee said.

“They thought they were protected,’’ she said. “They weren’t.’’

That applies both to the person who was injured and is and depending on the other party’s insurance as well as to the party at fault who, after the insurance coverage is exhausted, is personally liable.

Brophy McGee said she’s not blaming those who buy the bare minimum required by law rather than opting for more expansive -- and expensive -- coverage.

“People think because that’s the limit that’s set in statute, that’s going to protect them,’’ she explained.

“So they don’t feel the obligation or the understanding of the necessity of buying more,’’ Brophy McGee continued. “At the end of the day it’s one catastrophic accident where your car gets totaled and you get hurt, or even if it’s just your car gets totaled, that’s a bad time to realize you’re not covered enough.’’

Childers does not see it that way.

“Our view is the minimum financial responsibility requirements are fine where they are,’’ he said, saying the current 10.6 percent rate of people who drive without insurance is “a good status quo in this state.’’

But the task force report cites information from the Insurance Information Institute which puts Arizona in the minority among insurance requirements.

That report finds that 30 states already have the proposed $25,000/$50,000 liability coverage that is being pushed in Brophy McGee’s legislation. By contrast, just six other states have the current $15,000/$30,000 coverage now required under Arizona law.

Task force member Kenneth Silverman said he wasn’t buying Childers’ assertion the additional cost will result in a jump in the number of Arizonans who choose not to buy insurance.

“Eighty dollars a year might ruin your day,’’ he said during a committee hearing. “But it’s not going to ruin your life.’’

“While it may not ruin their life, it may cause certain individuals to say, ‘You know what? I was on the edge in terms of buying insurance anyway, I’m just not going to buy it now,’ ‘’ he argued.

But former Rep. Bob Robson, R-Chandler, who used to own an insurance agency, sniffed at that argument.

“I get a notice every six months from my carrier my rates are going up,’’ Robson said, even without increasing coverage. “You could be driving them away any time you want to.’’

And Robson said the arguments against higher liability limits ignore the other side of the equation.

He pointed out that Arizona motorists have the option to purchase “underinsured motorist coverage,’’ designed to make up the financial difference between the resources of the other at-fault driver and the actual damages. Robson said if motorists are required to buy more liability coverage, then the cost for underinsured motorist protection should go down.

But Childers said if more people go without insurance, then the cost of “uninsured motorist coverage’’ might increase.