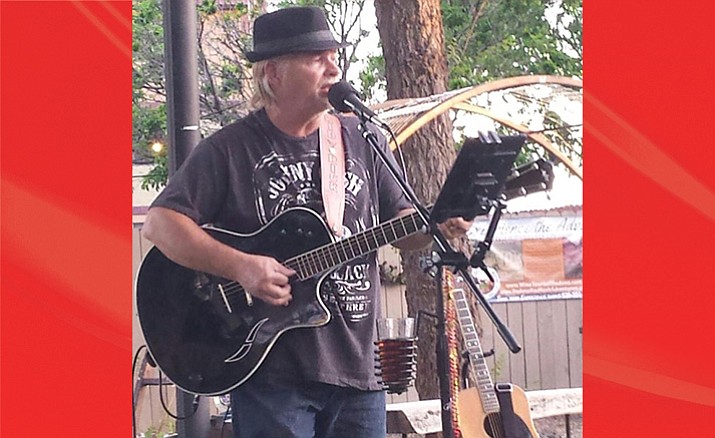 Nothing beats a Wednesday night at Vino Di Sedona with rock and country tunes by Rick Busbea, Feb. 8, 7-10 p.m.

Nothing beats a Wednesday night at Vino Di Sedona with rock and country tunes by Rick Busbea, Feb. 8, 7-10 p.m.

Rick is known for his outstanding covers of favorite songs by Kenny Chesney and Jimmy Buffett.

“Rick adds his own flavor to the songs that he covers, and is one of Sedona’s favorite entertainers,” says Vino Di Sedona owner Wes Schemmer.

Rick performs covers by other well know singers, and also performs originals songs he has written. Check the Vino Di Sedona calendar for Rick’s dates, he’s there a few times every month.

KB is a Sedona resident with a life-long music career. In the 1990s and early 2000s, KB played with well-known bands, such as Grateful Fred and Cold December.

KB will be playing his new originals, and old favorites with a few covers mixed in.

He returned to Orlando and formed his band the Tarantulas in 1995; now a Sedona resident, Randy performs as a solo artist and with The Tarantulas as the guitarist and lead singer.

Paolo’s jazz classics accompany afternoon wine tasting, 3:30-6 p.m., his favorite song is always the one he is performing at the time, and he really puts himself fully into his music.

Ogburn takes over for night-time entertainment with rock and authentic blues, 7-10 p.m. Ogburn’s music career has taken him from Birmingham, Alabama to Orlando, Florida to Sedona.

In Birmingham Ogburn began playing in pubs and restaurants at the age of 19. The years in Birmingham contribute to Ogburn’s fiery and soulful Southern blues.

Ogburn’s show will include unique interpretations of a wide range of choice covers, and eclectic originals.

Rick Busbea is back at Vino Di Sedona on Sunday-Funday, Feb. 12, 6-9 p.m. with more of his fun covers and a few original songs.

Russ Scavelli has performed with a wide range of artists including the bass player for Jimi Hendrix and world-renowned musician/composer David Amram.

Together with Laura Black, they have won numerous songwriting contests including Julie Gold’s (From A Distance) Women in Music award, a Billboard award, Nashville Songwriters Award and were asked to perform their interpretation of a Joni Mitchell song at her CD release party at The Bitter End in Greenwich Village.

In 1997, they moved to Key West, Florida, won the Key West Songwriters Contest and were awarded a publishing deal from Mac McAnally (Jimmy Buffett’s producer). They’re music has been described as acoustic rock with an edge.

Their repertoire consists mostly of classic rock and original music. They’re known for their upbeat and lively performances.

Sedona’s best Open Mic night, hosted by Dan Rice is every Tuesday, 6-10 p.m. at Vino Di Sedona. Each musician is allotted an amount of time, or number of songs, and every week brings a variety of new talent along with regulars like KB Bren, Randy J, Zack Mack, Vickie Moyer and Dave Rice who frequently play at Open Mic.

Vino Di Sedona Fine Wine and Craft Beer, is a Wine and Beer Bar and Wine Shop with nightly entertainment. Located at 2575 W. SR 89A in West Sedona.

For more information or to see the full calendar of events, visit www.VinoDiSedona.com. 928-554-4682.