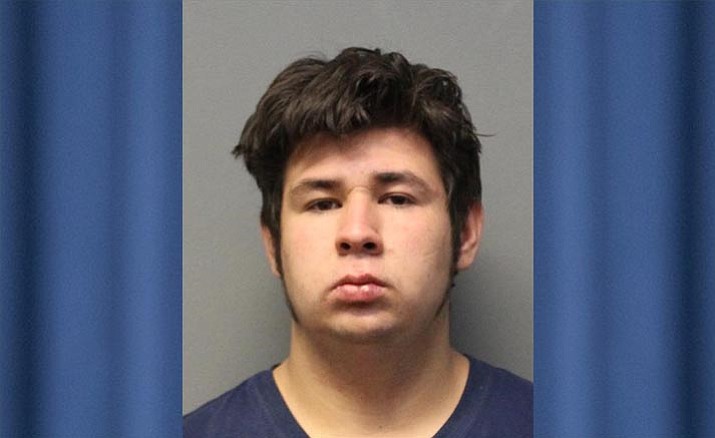 COTTONWOOD – All four suspects involved in truck thefts at Mingus Union High School have been caught.

According to a news release from Cottonwood Police Department, deputies from the Camp Verde Marshal’s Office located and arrested 18-year-old Anthony Vasquez and turned him over to Cottonwood Police Sunday evening.

He was being sought as a suspect in theft of vehicles from the school.

Around 5:30 a.m. Friday, Sedona Police Department advised they had one of the vehicles in the area of mile post 361 on SR 89A, and two juvenile males fled on foot, according to the release.

“Through the help of Sedona Police, Yavapai County Sheriff’s Office, DPS, Forest Service and someone in a hot air balloon, the two suspects were apprehended by Bill Grey Road at mile post 358,” said Sgt. Kuhlt.

According to police, the person in the hot air balloon observed two kids running and saw the area surrounded by law enforcement. He called 9-1-1 and helped direct the officers to them, said Sgt. Kuhlt.

A 17-year-old and 15-year-old were taken into custody, charged with the theft of the truck and transported to Juvenile Detention in Prescott, according to the release.

Late Friday evening, the second truck was located abandoned in an apartment complex parking lot - near the Cottonwood Police Department - after two observant dispatchers on break saw the truck and believed it matched the description, said Sgt. Kuhlt.

Saturday morning, the other 15-year-old was apprehended in the 100 block of South 10th Street in Cottonwood, said police.

He was charged with theft of means of transportation, criminal damage, possession of drug paraphernalia and minor in possession of alcohol (misdemeanor), and was booked into Juvenile Detention in Prescott.

Saturday evening, 18-year-old Vasquez was arrested by CVMO, and Cottonwood detectives booked him at the Yavapai County Detention Center for theft of means of transportation and criminal damage; both felonies.

“At this time we are waiting on a total financial loss from a representative at Mingus Union High School,” said Sgt. Kuhlt.