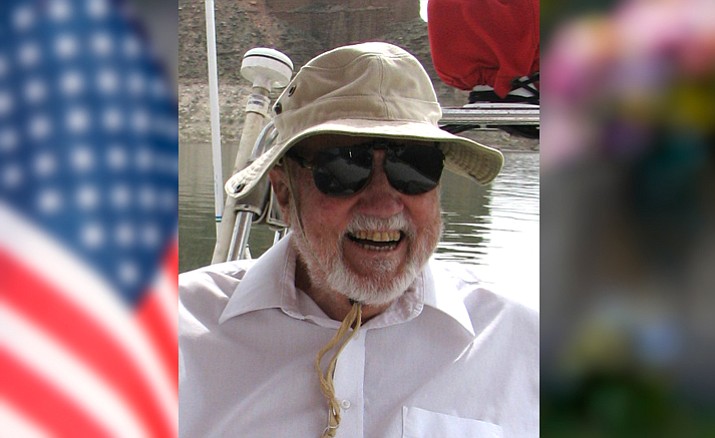 Family and friends mourn the passing of Madison Lee Myers ... Madison was born on March 16, 1932, in San Diego, California, where he was a longtime resident.

Madison served in the U.S. Navy on the USS Hornet and the USS Benington during the North Korean conflict. His love of the sea led him to a brief career as a fishing boat captain out of H&M Landing, where he met his wife, Jean.

Taking advantage of the GI Bill, Madison graduated from San Diego State University with a BS degree in mathematics, and was employed by UCSD as a computer programmer at the Point Loma Visibility Laboratory. After retirement from the university, Madison’s new passion for flying took him and Jean to the clear blue skies of Clarkdale, Arizona.

He often visited Guaymas, Mexico, where he would scuba dive, camp, and fish with family and friends. In addition, Madison was recognized for his musical talents by playing the trombone and euphonium with the Sedona Concert and Cottonwood Community Bands.

Madison passed away peacefully at the Valley View Hospice in Cottonwood, Arizona, on July 5, 2017, and is survived by his two daughters, Laura Hall and Sharon Myers, and his four grandchildren, Kelsey and Allison Hall, and Spencer and Lauren Todd.