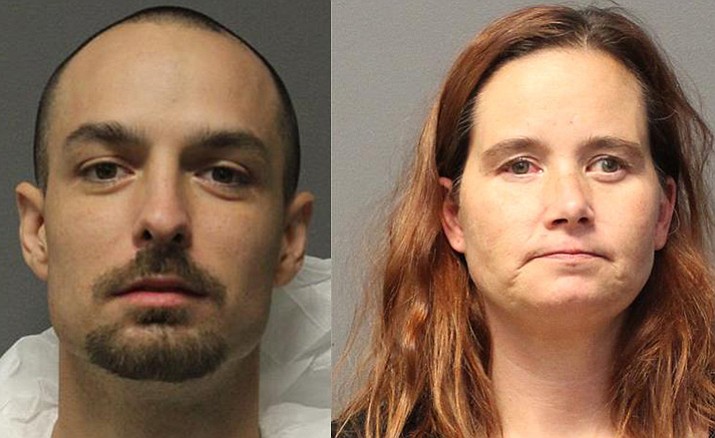 CAMP VERDE -- A Phoenix man already being held in the Yavapai County Jail on a charge of first-degree murder now faces additional charges in an alleged murder-for-hire plot.

According to a news release from Yavapai County Sheriff’s Office Media Relations Coordinator Dwight D’Evelyn, between May and June, 28-year-old Levi Jones conspired to commit first-degree murder while in the custody at the Camp Verde Detention Center.

The news release states that in late May, “Yavapai County Sheriff’s Office detectives opened a case based on information obtained during an investigation at the Camp Verde jail. The results of the investigation concluded that Jones was arranging to have his co-defendant in their current case killed. That defendant is currently out on bond and the 2016 case resulted in the arrest of Jones for first-degree murder after an Oct. 10 incident at the Circle K in Camp Verde.”

D’Evelyn said the investigation into the murder-for-hire plot concluded July 19 and resulted in new charges against Jones including conspiracy to commit first-degree murder, conspiracy to promote prison contraband and seven counts of tampering with a witness. He is being held without bond.

D’Evelyn said the initial investigation showed Jones was attempting to smuggle methamphetamine into the detention center with the help of 45-year-old Cher Loken of Mesa. During this investigation, detectives developed evidence that Jones was attempting to arrange the murder of his co-defendant in the 2016 Circle K homicide case and intimidate witnesses. As result, YCSO detectives, along with assistance from the Mesa Police Department SWAT detail, served a search warrant at Loken’s home in Mesa.

At the Mesa home, detectives found evidence confirming Loken was preparing to smuggle methamphetamine to Jones via US mail. She was arrested and booked into the Camp Verde Detention Center last month on a charge of taking contraband into a correctional facility. She remains in custody on a $25,000 bond.

D’Evelyn said the final results of the case work by detectives, including interviews and the discovery of written evidence confirming the intent of Jones to murder his co-defendant, lead to probable cause that Jones attempted to arrange the murder of his co-defendant and intimidate witnesses.

In addition to the original charges against Jones, Jill Buckley, 29, was charged with hindering prosecution in the first degree, two counts of endangerment, and possession of dangerous drugs.