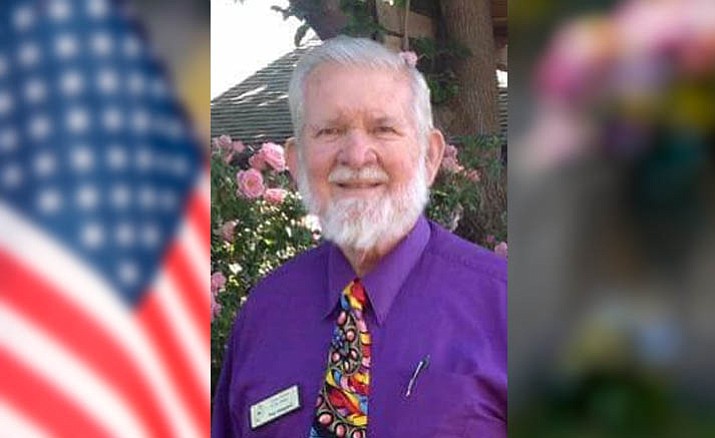 Raymond L. Haggard, 85, of Cottonwood, passed away on July 13, 2017. He was born in Needles, California, the son of Lowell Edwin Haggard and Ruth Kelly Haggard.

A graduate of San Bernardino High School in 1950, Ray joined the ROTC. He continued his education at UCLA where he majored in English Drama. He directed classmate Carol Burnett in a radio drama. During college, he earned money by parking cars at the Beverly Hiss Hotel, was a taxi driver and a lifeguard. He also was a member of the AFROTC.

Upon graduation, he served his country in the Air Force as a Captain and was stationed at Loring Air Force base in Maine during the Korean War.

After his discharge, Ray taught English, Math, Drama and Stagecraft in San Bernardino and in the Laguna Beach School District.

Ray went on to be a Vice Principal and later was the School Improvement Director.

Darrel Haggard and Doreen Haggard Hill are his children by his first wife, Dolores Brigham.

A memorial service of remembrance will be held on Friday, July 28 in the Westcott Funeral Home at 11 AM.