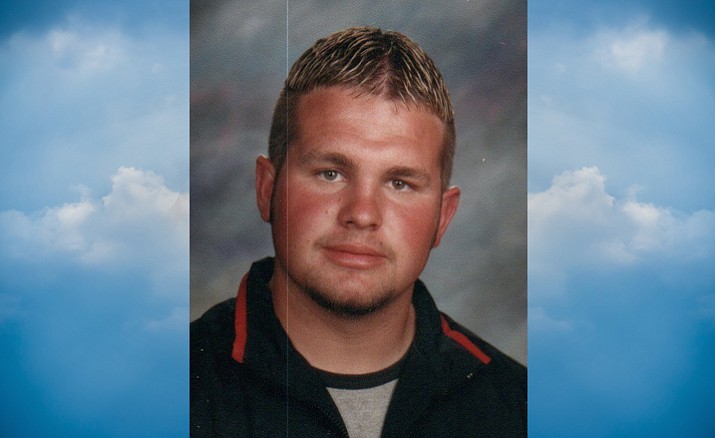 Jarryd was an Honor Student and tested into the Program for Gifted Students at the age of nine. He wrote a poem that won a County wide Poem Contest and was published in the local newspaper. Jarryd participated in the summer Science Club and Boy Scouts.

He was a runner-up in a Carter’s Photo Contest as a toddler and appeared on TV with Channel 10’s Weatherman Dave Muncy as a Weather Kid. Jarryd played the trombone in Middle School.

Jarryd was active in sports, playing soccer and Little League baseball as a youth, and embraced skate and snowboarding as a teen. On the weekends he could often be found on the slopes in Park City, Utah. Jarryd loved animals and had many pets growing up.

He enjoyed camping, boating, and riding ATV’s with friends around the many lakes and mountains of Utah. He was a fan of Boise State, the Arizona Cardinal’s, and NASCAR. Jarryd followed in the footsteps of his father, and concrete construction business. He was a skilled Span Saw operator for Multiple Construction, Green’s, and A- Core. This afforded him the opportunity to travel the Northwest and enjoy the many National & State Parks.

Jarryd worked for Evco House of House in Utah and North Dakota, making hydraulic hoses. He had a very out-going personality and was the ‘life of the party’. He loved to engage in lively discussions with people.

Jarryd was diagnosed with Stage 4 Rhabdomyosarcoma, a rare form of cancer in November of 2015. Over the next 16 months he endured multiple rounds of chemotherapy, radiation, and hospitalizations, although his prognosis was terminal, Jarryd never gave up the fight and remained positive until the end. He was not afraid of dying. Jarryd donated his body to science for medical research. He will be greatly missed by all those whom knew and loved him. Jarryd will always be Aunt Ally’s ‘Jer Bear’.

Jarryd was preceded in death by his Grandfathers Robert Schmid & Vernon Goodman, as well as cousin, Joel Schmid.

A Funeral Mass will be held on Saturday, June 17, 2017, 11:00 AM at the Immaculate Conception Catholic Church in Cottonwood, AZ, Reception to follow afterwards in the Parish Hall. The family would like to thank Dr. Pamela Miel and staff at Arizona Oncology, YRMC, Valley View Care, Northern Arizona Hospice, and the Care Coordination Department at the Verde Valley Medical Center, as well as friends and neighbors whom were there for Jarryd. In lieu of flowers, please make a donation to Valley View Care in support of their beautiful facility and exceptional staff or your favorite charity. Life will not be the same without you Jarryd, but your family take’s comfort in knowing you have transitioned on to a place where there is not more suffering.