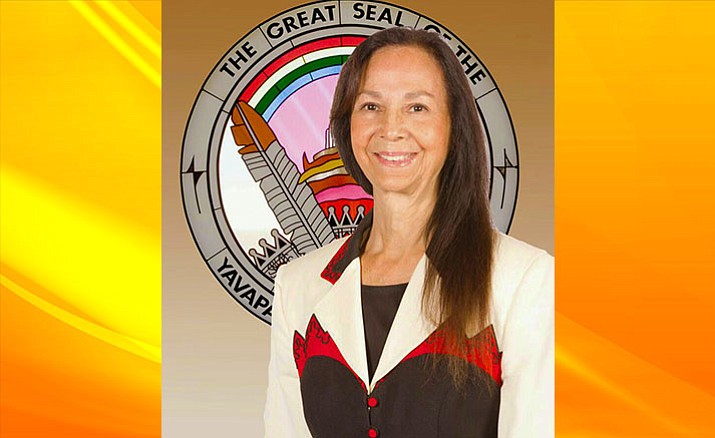 CAMP VERDE – Yavapai-Apache Nation Chairwoman Jane Russell-Winiecki was elected by her tribal leader colleagues in May to serve as President of the Board of Directors for the Inter-Tribal Council of Arizona.

Members of ITCA are the highest elected tribal officials representing tribes in Arizona, and as a group represent governments that have a shared historical experience.

The organization operates more than 30 projects and employs a staff of 70 to provide on-going technical assistance and training to tribal governments in program planning and development, research and data collection, resource development, management and evaluation. Twenty one of the 22 tribes in Arizona are members of the organization.

“Over the years the Inter Tribal Council of Arizona has been the voice of unity on so many vital tribal issues including water, natural resources, endangered species, health and key legislation. It is such an honor to be elected by my fellow tribal leaders to serve as the Board President of ITCA and to contribute to the continued progress and work of the organization,” said Chairwoman Winiecki.

The goal of ITCA and its commitment to the member tribes is to ensure the self-determination of Indian tribal governments through their participation in the development of the policies and programs which affect their lives.

“ITCA is a very complex organization with program areas that focus on Health, Research, and Environmental Quality. We look forward to Chairwoman Winiecki’s leadership as we continue our work leveraging state and federal resources on behalf of tribal nations in Arizona,” said Maria Dadgar, Executive Director, Inter Tribal Council of Arizona (ITCA).

The Inter Tribal Council of Arizona was established in 1952 to provide a united voice for tribal governments located in the State of Arizona to address common issues of concerns and is one of the oldest and largest Inter Tribal Organizations in the United States. For more information on the Yavapai-Apache Nation please contact the Executive Office of the Chairwoman at (928) 567-1021. For more information on the Inter Tribal Council of Arizona, please contact (602) 258-4822 or www.itcaonline.com.