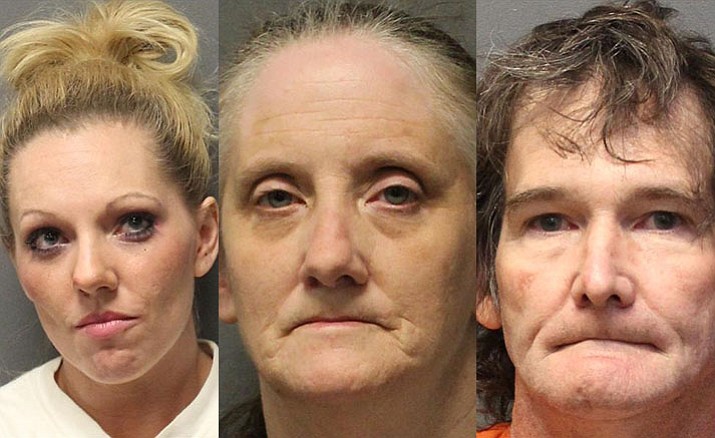 Over the past several months, P.A.N.T. detectives began receiving information regarding 52-year-old Bryan Ritter of Cornville and his reported involvement in the use and possession of illegal drugs, among other crimes.

Detectives developed probable cause and obtained a search warrant for Ritter’s residence.

At about 5 p.m. June 9, P.A.N.T. detectives and personnel from the Yavapai County Sheriff’s Office and Cottonwood Police Department served a search warrant on Ritter’s residence.

During the search, Detectives contacted Ritter, along with 27-year-old Misty Esler and 55-year-old Johanna Johnson, all from Cornville, inside the residence.

Ritter, Esler and Johnson were arrested and taken into custody without incident. Each were charged with possession of dangerous drugs, possession of narcotic drugs and possession of drug paraphernalia (two counts).