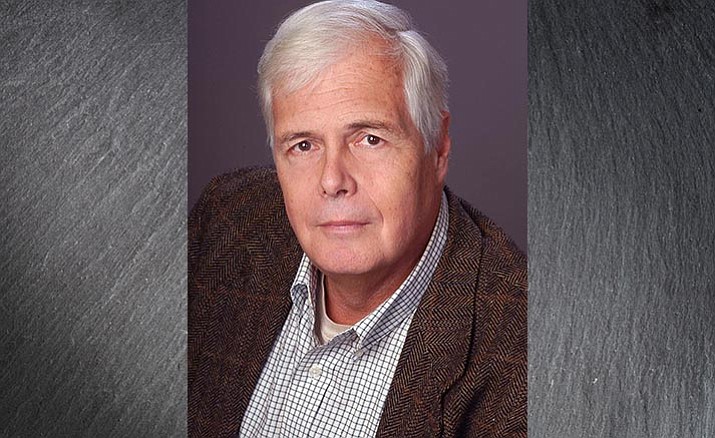 If you’ve been wondering what “loyalty” means to President Trump, his most recent Cabinet meeting provides an illustration. Hint: It doesn’t necessarily include loyalty to the United States of America.

Rather, to the assorted Wall Street billionaires, politicians and captains of industry that the president has surrounded himself with, loyalty equates with obsequious, sycophantic praise for Trump himself.

The televised spectacle has to be seen to be believed. And the question is: Was it more laughable, or more scary? I confess to being of two minds.

On the comic side, I couldn’t help but think of the “most mighty Emperor of Lilliput, Delight and Terror of the Universe” in Swift’s “Gulliver’s Travels.” To determine which of his courtiers gained preference, the emperor -- every bit of 6 inches tall -- conducted public exhibitions of “leaping and creeping,” rather like dog agility trials. The winners particularly excelled at groveling.

That would be quite a competition in Trump’s Cabinet. In an obviously scripted moment, Vice President Pence set the tone by piously intoning how serving the great man was the honor of his life.

White House Chief of Staff Reince Priebus then thanked Trump “for the opportunity and blessing that you’ve given us to serve your agenda and the American people.” Around the table it went, each secretary striving to outdo the others in expressing devotion to Trump.

The oleaginous Tom Price may have taken the prize: “What an incredible honor it is to lead the Department of Health and Human Services at this pivotal time under your leadership. I can’t thank you enough for the privileges you’ve given me and the leadership that you’ve shown.”

This isn’t a cabinet, it’s a fan club.

Where did they find such an assemblage of brown-nosers? And why would a confident chief executive want them? Good luck getting anybody at that table to ever tell Trump anything he doesn’t want to believe.

Not that he ever listens.

Anyway, even with his disapproval rating in Gallup’s daily tracking poll at 60 percent (versus 36 percent favorable), Trump positively wallowed in the warm bath of his underlings’ praise. I’ve seen cocker spaniels more resistant to petting. Who’s a good boy? Donald’s a good boy!

The president modestly allowed that only Franklin Delano Roosevelt had accomplished as much during his first months in office.

Thankfully, I suppose, only Defense Secretary Gen. James Mattis resisted the urge to flatter the president. Instead, he spoke highly of serving “men and women of the Department of Defense,” as well he should. I actually believe it’s the patriotic duty of Mattis and beleaguered national security adviser Gen. H.R. McMaster to remain on duty almost regardless of the president’s follies.

Somebody’s got to man the watch.

Because on the scary side, you’d have to go somewhere like North Korea or, yes, Russia to find contemporary examples of the “Dear Leader” school of political leadership. That said, if Vladimir Putin appears to be Trump’s role model, there’s no reason to think the cunning Russian dictator is anywhere near as susceptible to flattery as our man-child president.

Nor as vulnerable, ultimately, to public opinion. In Russia, anybody as dangerous to Putin as Gen. Michael Flynn appears to be to President Trump would already be dead. A figure like former FBI Director James Comey would be in prison or exile. He’d be well-advised to avoid high balconies and open windows.

But this ain’t Russia.

“That’s a question I don’t think I should answer in an open setting,” Comey answered, definitely not the response Cotton was looking for. He said a final answer would have to come from the ongoing FBI investigation.

Did I mention how cagey Comey can be?

Meanwhile, if upwards of one-third of American voters appear to have chosen party (in the person of Trump) over country, the rest of us surely have not. Moreover, Trump supporters’ loyalty to him is based less upon indifference to Russian meddling in U.S. elections than simple disbelief. Many seem to be buying the president’s (pardon me) childish alibi that Democrats have made it all up to explain away Hillary Clinton’s losing the election.

How these things normally work is that zealous supporters cling to Dear Leader until the day after it all comes crashing down. Then suddenly nobody knows him anymore.

Arkansas Times columnist Gene Lyons is a National Magazine Award winner and co-author of “The Hunting of the President” (St. Martin’s Press, 2000). You can email Lyons at eugenelyons2@yahoo.com.

Commentary: Flynn case near end with no-jail recommendation
Commentary: Trump’s dismissive, disingenuous appraoch to Russian probes
Letter: We can’t have the FBI interfering in our elections
Commentary: Rule of law trumps tantrums of Trump
Letter: Why is everyone so suspicious of President Trump?