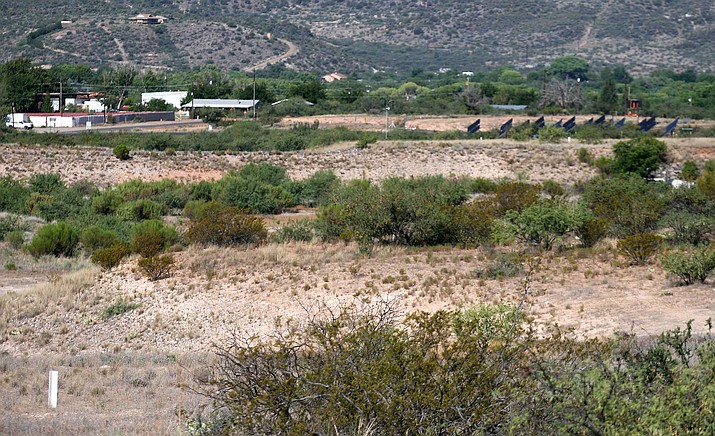 CAMP VERDE – Once a proposed budget has been approved, its total expenses can either stay the same – or they can be decreased.

They cannot be increased.

This is why there’s such importance in estimating both revenues and expenditures, says Camp Verde Town Manager Russ Martin.

For fiscal year 2017-2018, the Town of Camp Verde hopes to secure a loan to help start work on the yet-to-be-named community park on SR 260 near the Verde Ranger Station.

Spending $3 million on the community park in fiscal year 2017-2018 is what Martin called “a number so far everyone can agree to.”

“The question is how much more?” he also said. “The reality is that we probably won’t spend the whole $3 million by June 30, 2018. But it serves as a placeholder for phase one of the park project.”

From road maintenance, the new community park, Rezzonico Park, work on Homestead Parkway and for information technologies equipment, the total Capital Improvements Projects for fiscal year 2017-2018 would cost about $4.3 million, according to the proposed tentative budget.

But another $778,000 is being recommended for carry-forward for current and pending projects such as the Town kitchen remodel, re-roofing of the Town gym, storm water projects, Finnie Flat sidewalk and street scape.

A copy of the agendas can be found at www.campverde.az.gov/town-council-agenda-2017.