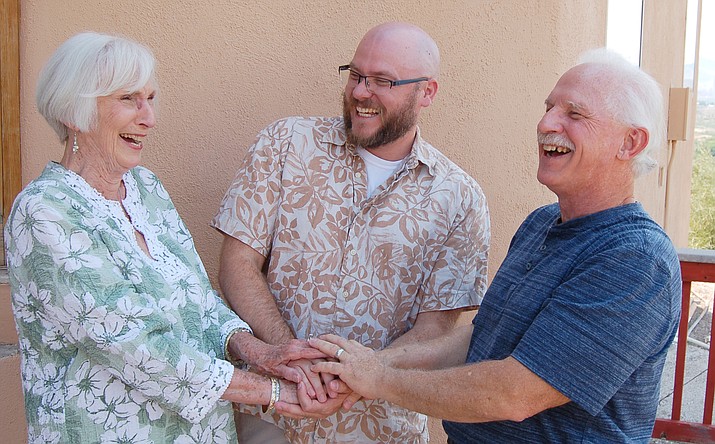 The parishioners of Cottonwood’s Mountain View and Jerome’s Haven United Methodist churches will welcome their new pastor as he delivers his message at Sunday’s morning worship services.

The Rev. Hall comes to Arizona after serving since 2015 as senior pastor of First United Methodist Church at Frackville, Pennsylvania.

He replaces the Rev. Douglas Reynolds, who was interim pastor at Mountain View for the past nine months, and the Rev. Janet Keefer, who retired after serving at Haven United Methodist.

He received a bachelor’s degree from Valley Forge (Pa) Christian College in 2002 and then moved to Lancaster to attend Lancaster Theological Seminary (LTS), where he completed seminary in 2007.

Following an appointment to Stehman Memorial UMC in southern Lancaster County, the Rev. Hall also worked for a counseling service where he had hands-on experience working with children who had a variety of issues – ranging from autism to sexual abuse.

“This gave me,” he said, “the opportunity to deal with some very serious issues that are facing many children today.”

In 2011, he was fully ordained as an elder in the United Methodist Church, and was appointed to Tobyhanna (Pa) UMC, where he served for four years before being appointed to the Frackville church.

His wife, Katie, is an elementary school teacher. The couple has two children: Olivia, entering the seventh grade this fall, and Sophia Ann, who be a second grader this fall.