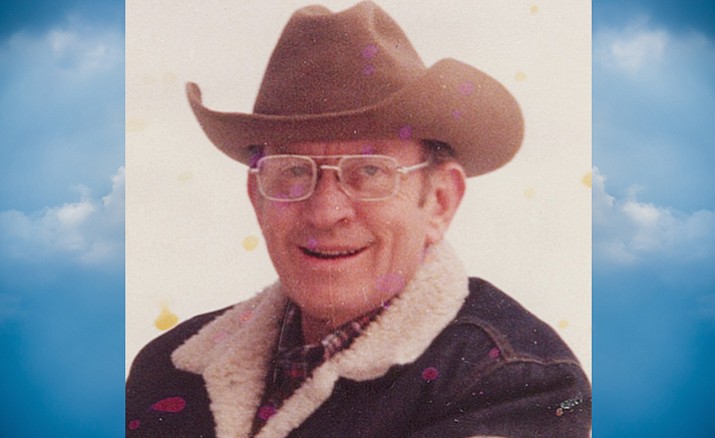 Dr. George H. Anderson left from his home in Cottonwood, AZ to be with his Heavenly Father on the evening of 6-21-2017.

George was born to his mother Genevieve Anderson and Father George H. Anderson Sr. in Boulder Colorado in February of 1929. His father was a geologist and taught students in the field and George spent much of his early years camping with his father studying rocks.

Though George went on to become a medical doctor for his profession, he never lost his interest in geology and had a unique passion for “hunting for rocks” and understanding the minerals and materials of the earth.

When George was a teenager, he and his parents moved to a 40-acre ranch on Franquero Lane in Cottonwood, AZ. On the ranch George had the chore of milking the cows early in the morning. He then traveled over the Jerome pass each day to school.

George had 3 brothers. His older brother was a medical doctor and George would often accompany him on rounds. George lost his younger brother to strep throat at the age of seven. These are some of the reasons he entered the medical field.

He was a dedicated scholar and a lifelong student of learning. He was a loving and caring husband and father and grandfather, also became a great grandfather before his passing. He was always willing to lend a helping hand in any situation. He was highly respected and loved by his patients, and practiced medicine for nearly fifty years.

George will be greatly missed by his wife, children, family, and friends. The family wishes to extend a special thank you to Pastor Karl and wife Joanne and congregation of Faith Lutheran Church, friends, and Hospice for their prayers, support and love during this difficult time.