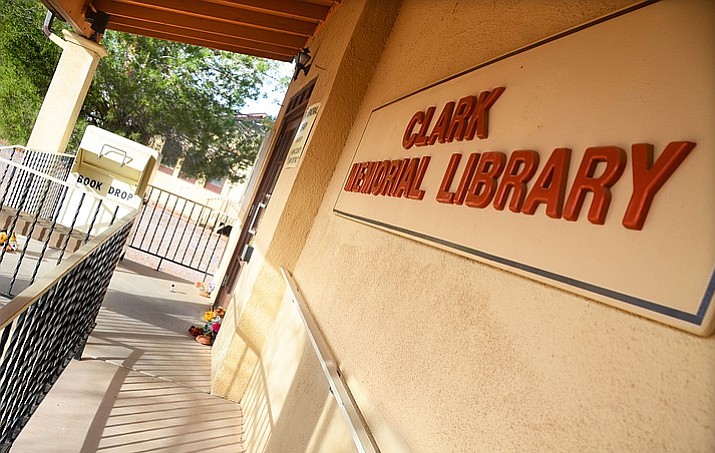 The Common Council of the Town of Clarkdale will hold a worksession Tuesday to discuss the Community Services Commission’s recommendation to close the Clark Memorial Library. (VVN/Vyto Starinskas)

CLARKDALE – Clarkdale Memorial Library’s future is still up in the air, but it’s not looking good.

The Common Council of the Town of Clarkdale held a special meeting Feb. 28 for a worksession discussing the Community Services Commission’s recommendation to close the library.

“In order to adapt to our new economic realities, Clarkdale has taken a number of steps in the past eight years to streamline our staff (through modifications to our Organizational Chart), our Board and Commission structure (through consolidation or elimination of certain boards and/or commissions) and to reduce our operating expenses,” stated an earlier staff report from Mabery.

Following several public meetings, the Community Services Commission voted to forward a recommendation that the library be closed in order to shift resources to pursue new and more robust programs and events for the community, the report continued.

But it’s not going down without a fight.

About 20 people attended the special meeting, with some taking the opportunity to voice their concerns during public comment, including newly elected Yavapai County Supervisor Randy Garrison.

He said he is conflicted over the issue. A library is a fundamental part of a community, but there is also a budget to deal with, said Supervisor Garrison.

During public comment, individuals argued that the library was a place for kids to go after school, for the community to gather, and where rare books about the Verde Valley could be found. They asked how other small communities keep their libraries open, and even suggested that it be volunteer run.

All roads led back to Clarkdale’s limited budget, and the fact that both the Yavapai College library and Cottonwood Public library are a few miles away.

Mayor Doug Von Gausig thanked the public for attending, and said he appreciated the community’s feedback.

There would be no decision today, he said, but there will be one an upcoming meeting shortly.