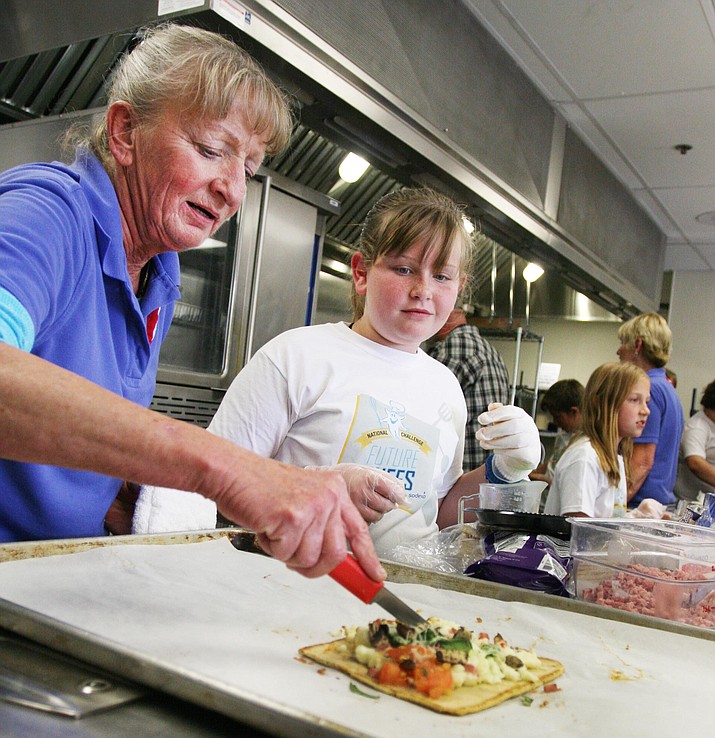 COTTONWOOD – For six students at Cottonwood-Oak Creek School District, the district’s annual Future Chef competition is a chance to display their culinary skills as they both prepare and eat healthy foods.

Though March 29 marks COCSD’s third student cook-off, Sodexo has conducted the program for the past seven years as a part of former First Lady Michelle Obama’s ‘Let’s Move’ initiative to end childhood obesity.

All meals prepared by the finalists, provided they adhere to Arizona Department of Education requirements, will become part of the school district’s list of breakfasts and caterings, according to Cheryl Weaver, Food Services Director of Sodexo, a quality of life services organization.

By the district’s March 1 deadline, 21 of the district’s aspiring epicureans submitted recipes to the Cottonwood-Oak Creek School District office. From there, staff selected the finalists based on ease of recipe and whether a given recipe could be prepared within the 1 hour 45 minute allotted time, Weaver also said.

For Hunt, this is the second year he will compete in the Future Chef competition. According to Weaver, young Willie’s reaction was “the same as last year.”

Each of the finalists will take home a substantial gift basket of cooking utensils, as well as a t-shirt, apron, chef’s hat and cook book, Weaver said.

The first place winner will also receive a Cuisinart caddy and utensils, Fit Bit, a Future Chefs backpack, measuring cups and a silicon cutting board, spiral splicer and a six-axis quad copter, which Weaver said “looks like a remote controlled drone.”