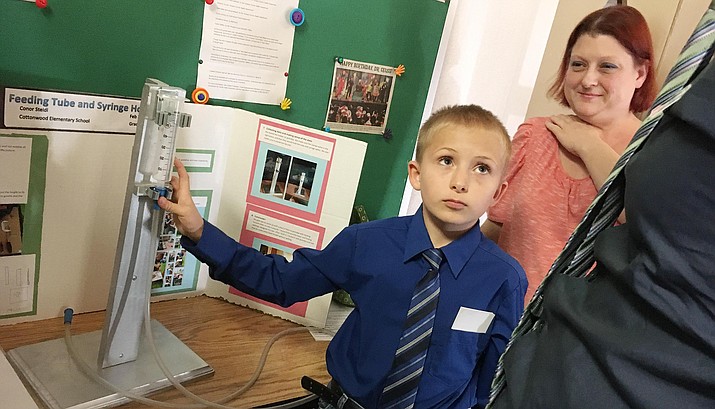 Each year, the Dylan Award is given to the most original Invention Convention Project at the district’s STEM Fair, said Kelli Rhoda, science and mathematics teacher at Mountain View Preparatory.

Ashton won best of show for his study of aerodynamics and parachutes.

More than 90 district students submitted projects, which were reviewed by both teachers and district administrators.

My Turn: The 'Fair' approach to science
C-OC Governing Board to meet on Tuesday
STEM Night at Cottonwood Middle School May 10
C-OC Board meeting changed to Tuesday at CMS
CO-C School District Board meets Tuesday