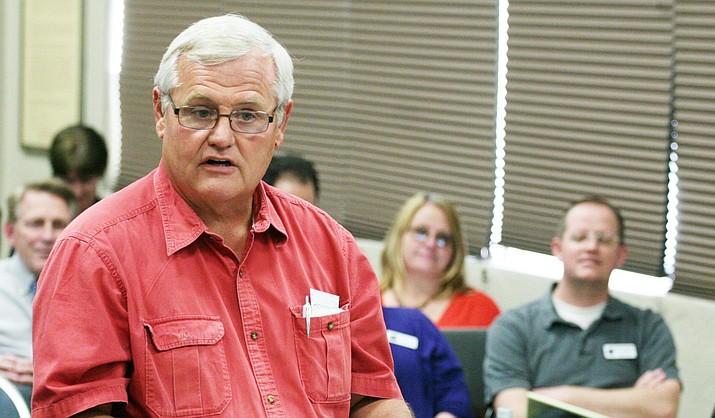 Following Terbell’s comments, board president Finger agreed with the community activist’s desire for a merger.

“I believe it’s better for our students, even if we don’t save a penny,” Finger said. “And to see [discussions] coming from the community is rather exciting.”

Terbell told the board he understood that a merger would not only affect Cottonwood-Oak Creek, Mingus Union and Clarkdale-Jerome school districts, but that it would also affect Valley Academy of Career and Technical Education.

“Unification of the entire Verde Valley would be ideal,” Terbell told the board. “But I don’t know if I’m up for that.”

Finger also said that having a superintendent under contract would not likely affect a district merger, provided a merger is what the people wanted.

Board members agreed that they supported additional discussion regarding possible merging of districts.