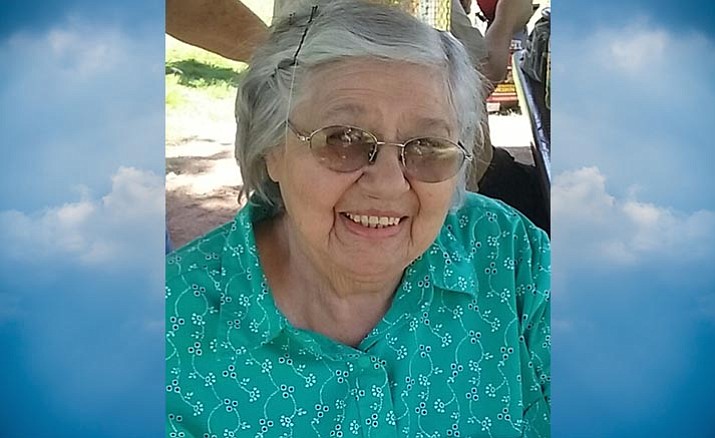 She was the youngest and last living of five siblings. She attended a business college after high school. She ventured to California with her sister at the age of 20 and met her “Marine,” Edward Eugene Winans. They married Jan. 11, 1955 ,in Yuma AZ, divorced in the mid-70s. They left California and went to New Mexico. Over a few years they landed in Sedona, Arizona. Jerry always said when she reached Oak Creek Canyon she had come home. She fell in love with the Verde Valley. She lived in Sedona for several years, worked several different types of jobs but her career of 27 years was as a cook for the school districts of Coconino and Yavapai.

Jerry loved to square dance, hike, travel, go to baseball games and in later years became very active in the Voices Choir. She had a green thumb! She had a beautiful singing voice and wonderful laugh.

She eventually had a house built in Cottonwood in the mid 1980s where she lived till 2016. Jerry survived by her son Max Winans of Phoenix, son Keeth Winans married to Tammy Winans of Rimrock and daughter Luanne Murray, like a son-in-law Jake Rossiter of Cornville. Grandmother to Kassandra Burke (Winans) married to Caleb Burkee, Trevor Murray, Corey Murray, Jenny and Rodney Mathe, Jason and Ashley Schilz Great Grandmother to several.

In honor of her wishes, a family gathering and spreading of her ashes will be in the near future.