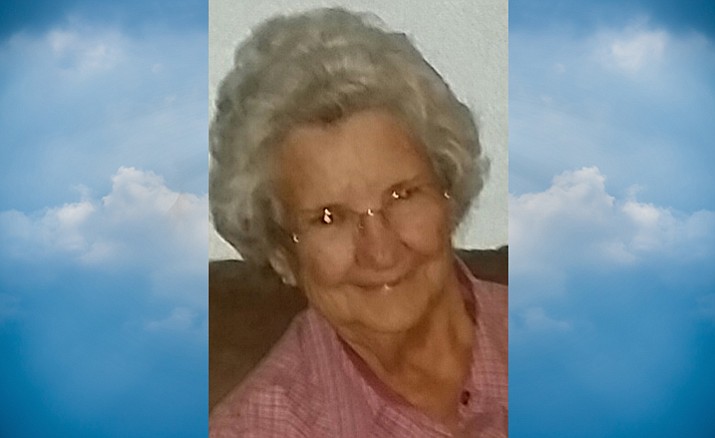 We celebrate the life of Mary LuVaughn Johnson, better known by family and friends as “Vonnie”. She was born on September 4, 1934, near Yuma, Yuma County, Colorado, to the late Vera Evelyn McNichols and Leslie George Aagesen and passed away at Camp Verde, Yavapai County, Arizona, on March 5, 2017, at the young age of 82 years, in the arms of her daughter, and surrounded by other family and friends.

She was the fifth of seven children born to Vera and Les. She is preceded in death by her parents, two older brothers, Elvin Arthur Aagesen and Leslie Bert Aagesen, her two older sisters Pearl LuRynne McElroy and Vera LuElla Walker, and a younger sister, Agnes Lea Maggard, as well as her husband Harold Julius Johnson.

Vonnie had a great capacity to love. She not only loved her husband, she also loved her own children’s spouses as well as Harold’s children and their spouses: Joyce & Jim Morrelli of Portland, Oregon; Garry & Anneli Johnson of Gilbert, Arizona; Ron & Becky Johnson of Gilbert, Arizona; and Susan and her late husband Jim Healy of Salinas, California, as if they were her own. There are eleven of her husband’s grandchildren, and twenty-two great-grandchildren which she claimed as her own. Many may never realize how much they were loved by her.

Vonnie was a valiant member of the Church of Jesus Christ of Latter-Day Saints and held many positions. Those she enjoyed most were working with the children. Her last calling was ward historian for the Clear Creek Ward.

Vonnie was very artistic and did many crafts. She is best known for her beautiful oil paintings, and in her later years, her crocheted afghans. At the time of her passing, she had made 174 afghans, gifted to family and friends.