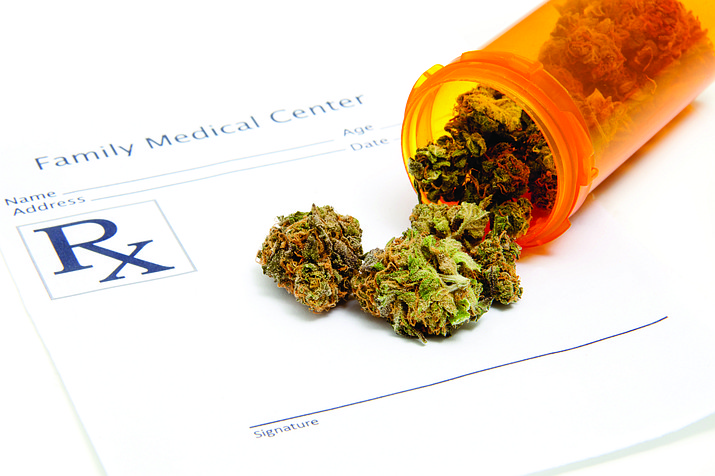 PHOENIX -- The state Court of Appeals on Thursday upheld the limits enacted by the Department of Health Services on when doctors can recommend marijuana to patients with post-traumatic stress syndrome.

Appellate Judge Samuel Thumma, writing for the unanimous court, rejected arguments by the Arizona Cannabis Nurses Association that it was illegal for Will Humble, then the director of the agency, to conclude that the only legitimate use of marijuana for PTSD is for "palliative care.'' meaning helping to alleviate the symptoms.

Humble said there was no medical evidence to show that marijuana actually could help cure people of PTSD. And he forbade doctors from recommending the drug for that purpose.

The lawsuit stems from the 2010 voter-approved Arizona Medical Marijuana Act. It specifically allowed the use of the drug by patients suffering from a list of specific medical conditions like glaucoma, AIDS and any chronic or debilitating condition that leads to severe and chronic pain.

At last count there were more than 116,000 people who had the required doctor's recommendation that allows them to buy up to 2 1/2 ounces of marijuana every two weeks.

That same law also requires the health department to consider requests to expand the list of qualifying conditions.

In 2014, however, he changed his mind after finding some scientific evidence that it can help some people with the condition. Humble said there also was anecdotal testimony, including by those diagnosed with PTSD, that smoking the drug helps.

But Humble limited its use to palliative care.

"I've never seen anything that says it's an effective treatment,'' Humble told Capitol Media Services at the time.

And Humble imposed another condition.

He said doctors could recommend marijuana only to patients who already were being treated for PTSD, even if it was only counseling sessions. Humble said he wanted to be sure that physicians were not promoting marijuana as the first course of action before trying something else.

The nurses' group sued, contending Humble had no right to impose such restrictions.

Thumma said challengers had not shown that Humble had exceeded his legal authority in setting the restrictions. He also rejected arguments that the distinctions between patients who want it for a cure and those who want it solely to treat the symptoms are illegal.