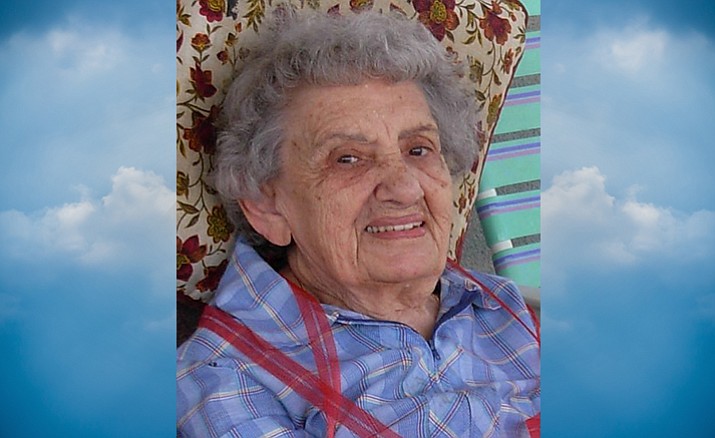 Lena lived in Chicago for 90 years where she and her husband Joseph occupied the same house for 45 years. Lena loved to play cards - she was playing 500 Rummy until a month before her passing. Lena also had a great love for chocolate and ice cream. She was a member of Immaculate Conception Catholic Church.

Lena was preceded in death by her husband Joseph Pecoraro to whom she was married to for 70 years. She is survived by her daughter Patricia Malloy (Richard) of Clarkdale.