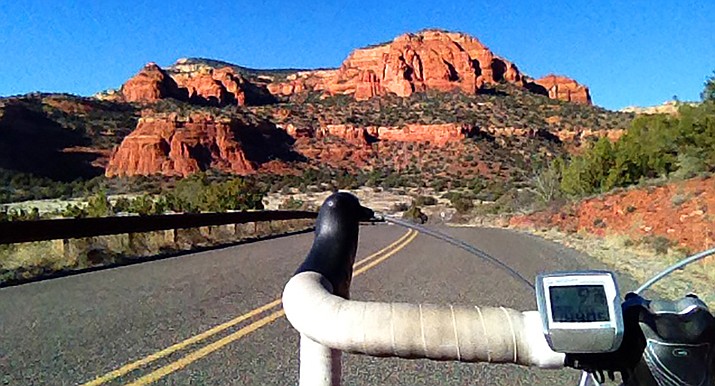 When the bike lanes of SR 179 were completed in August 2010, the Verde Valley Cyclists Coalition sponsored a bike ride on the newly open lanes and signed up to sweep the Yavapai County portion – 5 miles – four times per year for what the VVCC thought was a three-year commitment.

Six years later and the VVCC is still responsible for sweeping the bike lanes.

“We recently received a letter from ADOT, notifying the VVCC that if we do not request to extend the encroachment permit for another three years by May 31, 2017, that ADOT will begin the removal of the bike lane markings and signage on SR 179 between the Red Rock Ranger Station and the Sedona City Limits” said VVCC President Lars Romig.

The VVCC recently announced a fund raising drive to help raise the funds required to ensure the SR 179 bike lanes are not removed. “We have a goal to raise the $12,000 needed to ensure the bike lanes continue to serve the VOC and Red Rock Community over the next three years” said Milavec.

“In the first hours, we’ve received commitments from Absolute Bikes as well as support from the Sedona Village Business Association and the Coalition of Arizona Bicyclists,” added Milavec.

A special VVCC landing page has been created, http://www.vvcc.us/p/clean-lanes-fund.html for donations to sweep the bike lanes.

ABOUT THE VVCC. The Verde Valley Cyclists Coalition works to improve the bicycling environment and quality of life in the Verde Valley. As an IRS recognized 501(c)(3), all donations to the VVCC are fully tax deductible.