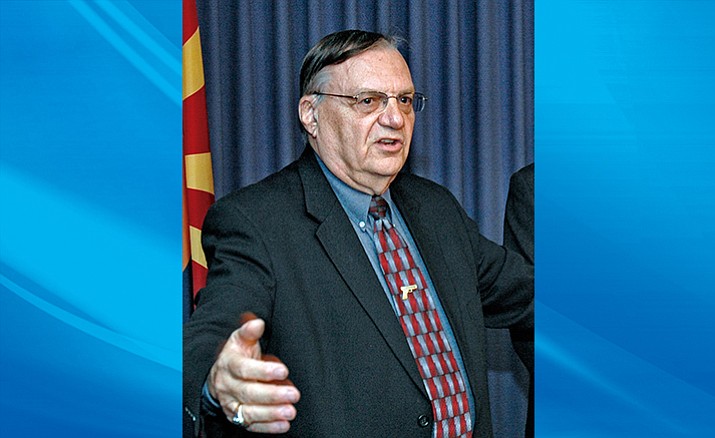 About 35 years ago in Flagstaff, a prostitute more than held her own in a game of mental chess while answering questions from a prosecutor during the murder trial of an infamous motorcycle gang president.

Her testimony contradicted statements she had earlier given authorities, yet she held firm that the version she was giving on the witness stand was the truth.

And, the prosecutor asked, did that mean the earlier contradictory statements were a lie?

Absolutely not, she replied. When asked how they could not be considered a lie, she flippantly replied, “I wasn’t under oath then.”

Amazingly, a similar mentality is at work in a legal hearing from the man who once bragged that he was the “Toughest Sheriff in America.”

He is now asking the judge hearing the criminal contempt-of-court case to not allow statements he made on the campaign trail concerning immigration enforcement to be used in the current case against him.

There is no denying he made the statements, but according to court records they should not be admissible because they were “not made under oath.”

Further, his attorney contends that campaign-season claims and promises by politicians should not be taken seriously. Such statements, the attorney said, “were campaign posturing and not made under oath … It would be naive for anyone to truly believe that any politician will actually do everything he says he will.”

Which is not that much different from the belief system employed by the prostitute all those years ago. “You can believe what I say now, but not what I said then.”

Which makes just about anything that comes from the mouth of the “Toughest Sheriff in America” suspect.