No injuries in Cornville RV fire 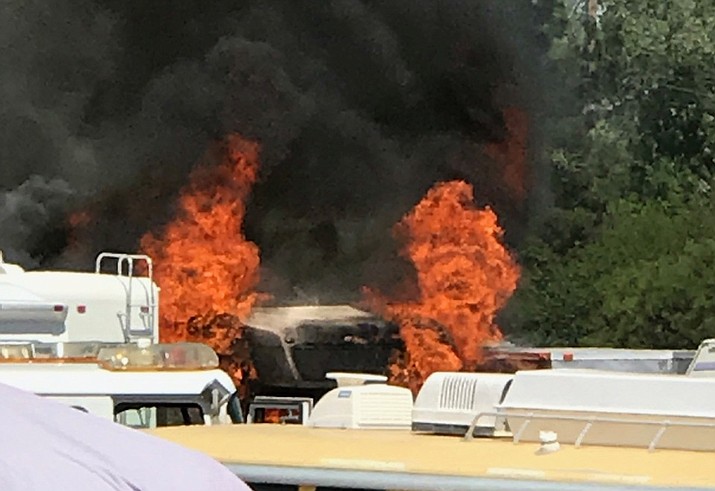 Verde Valley Fire District and Copper Canyon Fire were not able to save a recreational vehicle engulfed in flames at the White Bear Storage in Cornville. (Courtesy photo VVFD)

When fire fighters arrived, they found a fully involved RV impinging on exposures, according to a press release from Verde Valley Fire Chief Nazih Hazime.

The property owner stated there was an odor of rubber burning, prior to calling 9-1-1, Hazime also stated in the press release.

Though fire crews initiated what Hazime called an “aggressive defensive fire attack and protected exposures keeping damage to a minimum,” the RV of origin was a total loss.

Hazime also stated that the incident produced no injuries.

There were no injuries.