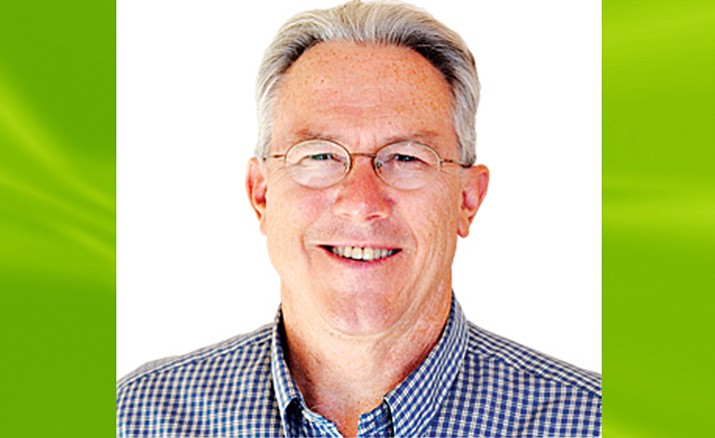 It’s amazing how people will connect the dots to justify their position on an issue.

Ditto for the opportunity to speak disparagingly about the City of Cottonwood.

Such is the case with the way people are currently positioning the puzzle pieces that make up Cottonwood’s 2018 fiscal budget. On one hand, they are voicing opposition to Thunder Valley Rally. On the other, they are making an incredulous leap that TVR has a direct bearing on staffing levels in the Cottonwood Police Dept.

This is a year of belt-tightening for the City of Cottonwood. Part of that process was a mandate to all city department managers to trim their expenses for the coming year by 3 percent. The city left it to the people managing those departments to decide the best way to make those cuts.

For Police Chief Steve Gesell, he went the personnel route. He opted to leave two vacant police officer positions ($154,375) and one vacant communications specialist ($51,305) unfilled to meet his 3-percent quota. No one is losing their job. Further, this fiscal decision comes with the caveat that the city manager reserves the right to add at least one police officer position back if both a candidate and the funding becomes available.

The 2018 Cottonwood budget also includes a $150,000 expense to continue Thunder Valley Rally for another year. Earlier this year, in a split vote, the city council pledged to continue TVR for another year. It only follows that the city would then budget accordingly on the commitment the council made to TVR. It also bears emphasis that TVR has made great leaps toward 100-percent cost recovery for the city’s up-front expense for TVR, on top of the massive surge it creates in sales tax revenue.

All that said, here is how some people are connecting the dots on all of the above: The City Council has gotten rid of two police officers to come up with the $150,000 it needs to continue Thunder Valley Rally.

Never mind the absence of truth in the above statement. If you are anti-Thunder Valley Rally, what better way to create ill will toward the event than to claim the city is now short two police officers so the city can afford to have the fall motorcycle rally? If the intent is to besmirch the city council and city manager, spread the word that the city is sacrificing cops to fund TVR and you’ll gain all kinds of followers.

It’s a great story line. It would be better if it were true.

‘No one wants to be a cop these days’

City Manager Doug Bartosh explained that the budget decisions impacting the police department are fiscal realities based on the current job market.

The struggle to fill police jobs is not unique to Cottonwood or rural Arizona. The Maricopa County Sheriff’s Office, Department of Public Safety and Phoenix Police Department joined forces last weekend for a law enforcement job fair to find qualified candidates for the hundreds of vacant positions they currently need to fill.

In a story by Farai Bennett of the Cronkite News Service, Phoenix Police Dept. Commander Brian Lee said Phoenix PD is trying to fill 365 positions. Lee said just a few years ago, the department had 165 patrol officers working nighttime traffic, and now that team has decreased to 25.

“We are having a very difficult time filling police positions. No one wants to be a cop these days,” said Bartosh. “If we find good candidates, we will find the funding to hire for the position.”

Mayor Tim Elinski agrees the positions will be filled when the time is right. “No one is being laid off, positions that have been empty will remain so, with the caveat that the manager may direct the chief to fill these vacancies if the funding is available and there is a qualified applicant. Community policing will be taking a hit, which is distressing to me, but I have to trust that the chief feels confident he can maintain quality service levels without jeopardizing public safety. If there is any risk to public safety I, for one, would be willing to cut other non-essential departments in a heartbeat to make sure we are adequately staffed to meet our goals.”