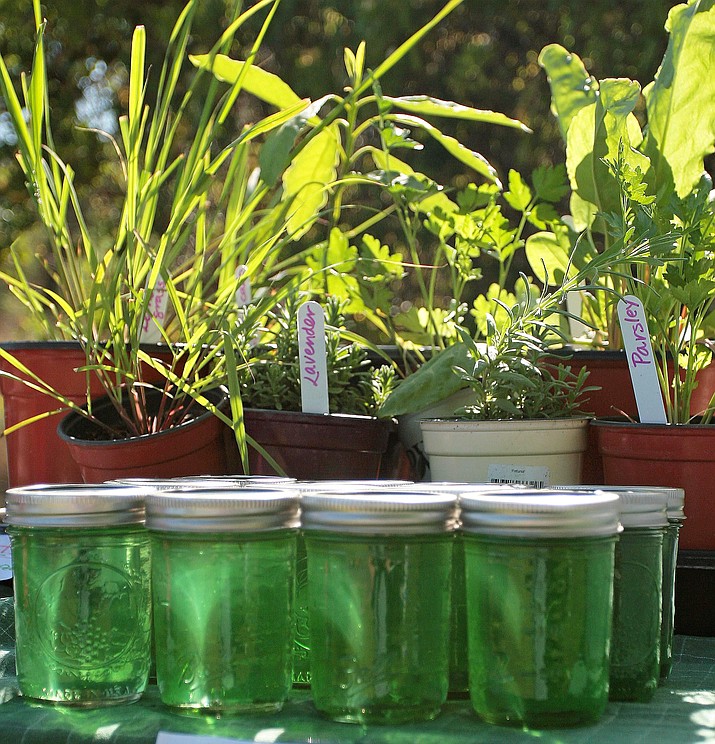 Greens grow on one of the many CSA-participating farms. (Photo by Bill Helm)

This year, the Camp Verde farm is “loaded with fruit,” says Hilary Barnett.

“Blackberries, apricots, apples, peaches and plums,” says Barnett, who along with her sister Hope Barnett and their mother Denise Gould own and operate the farm, one of two primary growers for the Verde Valley Community Supported Agriculture.

Besides all that fruit, CSA shareholders can also look forward to the farm’s onions, garlic, tomatoes, cucumbers, squash, kale, radishes, peppers – and greens of many different types.

In fact, Willowbrook feeds greens to the chickens that lay their eggs, and at $6 per dozen, those orbs are another component to the CSA.

Says Denise Gould, one-fourth of a chicken’s diet should be greens.

“That’s what gives the eggs deep, yellow yolks,” she says.

Bang for your buck

Both Hilary and Hope are starting to plant the early-summer vegetables, such as cucumbers, squash, peppers, onions, garlic and a variety of tomatoes that includes five different kinds of cherry tomatoes, as well as heirloom and hybrid tomatoes, and romas called granderos, which Hope says are “filled out in the middle” and are excellent for using for spaghetti sauce.

“They give you a lot of bang for your buck,” Hope says. “They’re full of flavor.”

Whipstone Farm, located in Paulden, is also a primary grower for the Verde Valley’s agricultural cooperative.

At Bent River Ranch, it’s all about the sweet fruit. Norela Harrington and her family have owned the Clarkdale farm since the 1950s.

“My parents were insightful,” Harrington says. “They planted a lot of fruit trees.”

Harrington has known Denise Gould since before the VVCSA was founded.

Bent River Ranch has several varieties of apples, apricots, peaches, pears, Asian pears, plums, pluots, as well as quince, a fruit that is “super stringent and needs to be cooked before its eaten. Quince is used for chutneys, jams and minced meat.

The ranch’s variety of apples is a veritable who’s who, with Gala, Golden Delicious, Fuji, Granny Smith, McIntosh and Gravenstein, which Harrington says are kind of tart, “a good, cooking apple.”

Zopilote Produce provides a plethora of both spring and summer crops, including greens, root crops, tomatoes, eggplant and a variety of peppers owner Tyler Zander admits are not in the average Arizonan’s kitchen.

One pepper he is pleased to have on site is the Shishito, a mellow pepper he recommends as an “appetizer or as tapas.”

Fried in olive oil, Zander says they are eaten whole.

Which comes first? An interested in farming – or cooking?

For Zander, it was cooking.

“That’s why I got interested in farming,” he says. “We sell food that isn’t always ready to eat. It requires some sort of intervention in the kitchen.