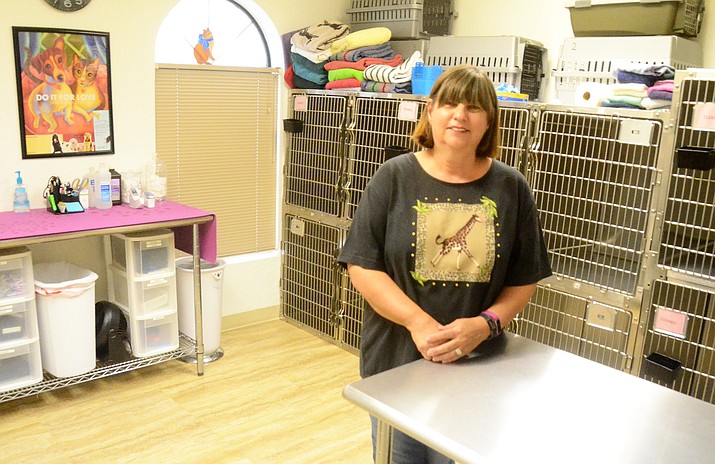 The Morning Starr Animal Sanctuary Affordable Spay/Neuter Clinic has been named the Cottonwood Chamber Organization of the Year. Founder Fran Freedman’s mission to help animals in the Verde Valley started years ago with a sanctuary that found homes for “abandoned, abused and unwanted” animals of all kinds. (Photo by Vyto Starinskas)

COTTONWOOD - The Morning Starr Animal Sanctuary Affordable Spay/Neuter Clinic has been named the Cottonwood Chamber Organization of the Year.

Founder Fran Freedman’s mission to help animals in the Verde Valley started years ago with a sanctuary that found homes for “abandoned, abused and unwanted” animals of all kinds.

“We’ve been home to an eclectic array of animals such as goats, horses, pigs, a very domineering duck, many bunnies and at one time, an emu. Hundreds more animals have passed through our doors and been held in our arms over the years,” explains their website.

Now a new Morning Starr mission and focus has emerged at their Cottonwood offices: the Morning Starr Spay/Neuter Clinic, explains Freedman, adding that it’s to reduce the unwanted and unsustainable animal population.

“Through Fran’s leadership and vision, she developed an organization that exemplifies the true meaning of giving back and providing service,” explains Tammy Spetz in her Chamber nomination testimony.

“In 2001, Fran recognized a need to help the community with abandoned, abused, or unwanted animals, said Spetz. “In 2012, Fran identified a greater and growing problem in the community. The uncontrolled animal population that is becoming a health issue for both people and animals.”

“We saw so many litters being brought to us abandoned, in the forest in Flag, under a highway, just not wanted, people just saying come take them or I am drowning them, so we realized that people don’t want these litters, they don’t want them at all. They didn’t want to breed their dog,” she continued.

“So I decided that I would ask my board if we should open a spay/neuter clinic and try to get grants and do it for the community for either very low pricing or free,”

Freeman says she brings in a veterinarian for shots and neuter clinics. Many people are on a waiting list for the neutering clinics to get in, she said. “We even send to other veterinarians and we still pay for it under our grant.”

“We call it a spay/neuter clinic, and we do have shot clinics, as well,” Freeman said. “When the vet is in, that is when we do our shot clinics as well.”

When grants are available, the neutering is free at the clinics, but if people just want to come in with an appointment, there is a low cost for the procedure compared to going to a vet, she said.

“Fran’s wealth of knowledge and resourcefulness at obtaining funding through donations has served thousands of animals and community members over several years,” Spetz said.

Freeman said it was important to mention that it’s the donations from the community to her non-profit that keeps her organization going.

“Fran spent many a sleepless night caring for sick animals or taking phone calls from owners who had nowhere else to turn,” explained, Spetz. “Morning Starr Animal Sanctuary has a highly respected reputation in the community.”