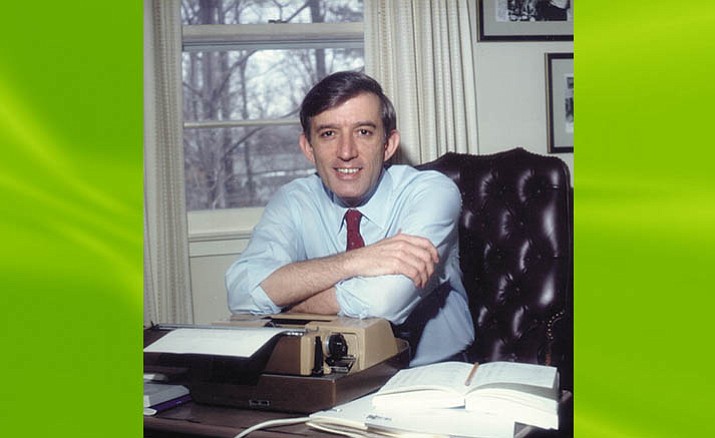 Sir Walter Scott’s epic admonition, “Oh, what a web we weave when first we practice to deceive,” perfectly describes the furor over President Trump’s firing of FBI Director James Comey.

Justice Department officials said the decision to fire Comey was based on the conclusion that he had treated Hillary Clinton unfairly in his investigation into her email scandal during the 2016 presidential election, damaging the FBI’s credibility.

But that explanation doesn’t pass the laugh test.

A review of Trump’s views about how Comey performed his job, including his criticism of the former secretary of state’s “reckless” misuse of a private, unsecured email server, ran from hot to cold.

A few weeks before the election, Trump attacked the FBI for “covering up to protect her,” but little more than a week after that, when Comey reopened his investigation based on newly found emails, Trump told a campaign rally that he had “great respect for the FBI for righting a wrong.”

More than that, he effusively praised Comey, telling his supporters that it “took a lot of guts” for him to do “the right thing.” Even after his election victory, Trump said that he admired Comey “a lot,” and two days after his inauguration he hugged Comey at a reception, declaring that the FBI director was “more famous than me.” That love fest ended in divorce last week when the president tweeted that “FBI Director Comey was the best thing that ever happened to Hillary Clinton in that he gave her a free pass for many bad deeds!”

What changed Trump’s mind? Word from the president’s high command at the Justice Department that Comey was requesting more resources for his widening investigation into growing evidence of contacts and possible collusion between Trump’s campaign and the Russian government.

That was the last straw for the White House. Not only did Trump have to contend with four investigations in the Congress, but now with a much wider investigation by the FBI, hundreds of additional agents digging into every contact Trump associates had with the Kremlin during the campaign.

The New York Times broke the story on Wednesday on its front page with this lead:

“Days before he was fired, James B. Comey, the former FBI director, asked the Justice Department for a significant increase in resources for the bureau’s investigation into Russia’s interference in the presidential election.”

Comey had wisely briefed members of Congress in the past week, telling them of his request to Rod Rosenstein, the deputy attorney general, for more agents to conduct a much broader investigation.

Rosenstein, it turned out, authored the memo that was used, the Times said, to “justify the firing of Mr. Comey.”

You don’t need a master’s degree in government to conclude that the firing was the direct result of Comey’s rapidly widening investigation.

As the Times concluded, “it is certain to fuel bipartisan criticism that President Trump appeared to be meddling in an investigation that had the potential to damage his presidency.”

Not just meddling, but attempting to quash, or at least undermine, the FBI’s expanding probe.

For some time, Trump and administration officials have been trying to pressure the FBI to refocus its investigative efforts on the endless stream of leaks to the news media that have embarrassed the president.

But Comey has resisted such pressure -- described as “very aggressive” -- making it clear that questions about Russia’s meddling in the U.S. election, and coziness with Trump associates, were a much higher priority.

Trump has had a grudging, often dismissive attitude toward the entire Russian scandal that has dominated his trouble-plagued presidency.

When it was discovered that Trump’s national security adviser Michael Flynn had lied about his conversations and other contacts with the Russian ambassador, he waited 18 days to fire him.

But during that time, it was reported that Flynn sat in on highly classified White House strategy sessions, including meetings and phone calls with foreign leaders, and in one case, a call with Russian President Vladimir Putin.

As if to ridicule and dismiss the whole Russian scandal as nothing more than “fake news,” Trump met Wednesday with Russian Foreign Minister Sergei Lavrov. The meeting was closed to U.S. news organizations, but attended by the state-run Russian news service.

“The question before us now is whether Trump will get away with it,” writes Benjamin Wittes and Susan Hennessey in the Lawfare blog.

Yes, the president has the authority to remove Comey, they said. “But there’s also no question that removing the FBI director in the midst of a high-stakes investigation of Russian influence in the inner circle of the president’s campaign and White House is a horrifying breach of every expectation we have between the White House and federal law enforcement.”