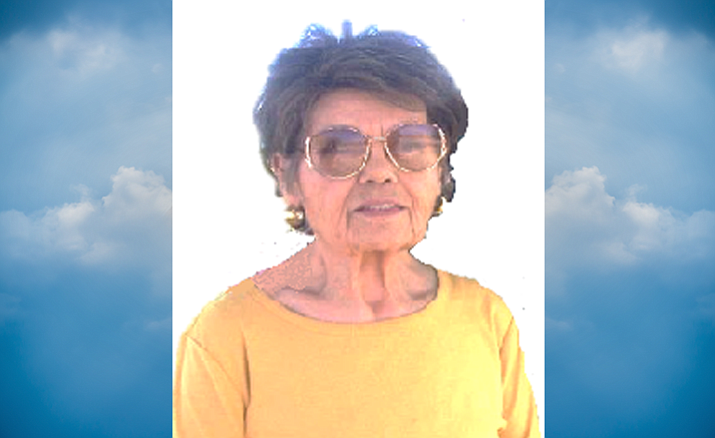 Former Cottonwood resident Norma Cano, 88, died April 17, 2017, with her family by her side in Seal Beach, California.

Mrs. Cano had a 40-plus year career as a receptionist in a factory that distributed goods to various stores and markets in Southern California.

She loved decorating for Christmas and enjoyed hosting holiday parties for family and friends.

She was preceded in death by her husband of 64 years Marco Cano, her daughters Cynthia Cano and Loretta Cano and a son Mark Cano.