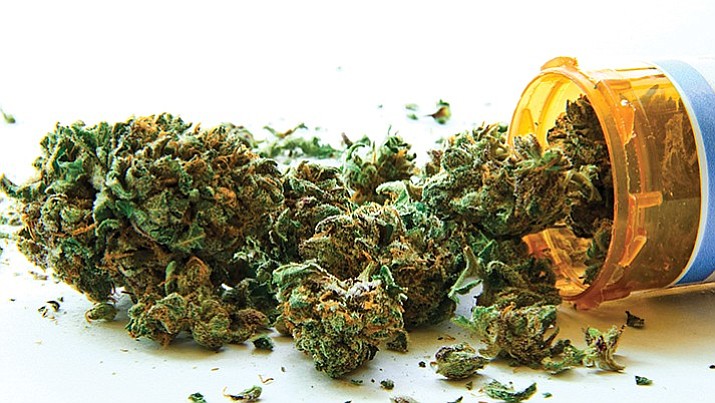 PHOENIX -- A judge has rebuffed efforts by medical marijuana users to force the state to reduce the fees it charges patients.

Maricopa County Superior Court Judge Jo Lynn Gentry said does not dispute that the Department of Health Services is collecting more from medical marijuana users than it needs to administer the program.

In fact, documents obtained by Capitol Media Services show that just this fiscal year, which began in June, the agency has taken in more than $19.9 million. By contrast, expenses in the same period total less than $7.8 million.

And the balance in the fund, which rolls over from year to year, now exceeds $31.5 million.

But Gentry the only thing spelled out in the 2010 voter-approved Arizona Medical Marijuana Act is that the health department must collect sufficient fees to cover the costs of the program. There is nothing in the law that prohibits it from taking in more than needed.

More to the point, the judge said the lawsuit essentially asks her to reset the fees at a more reasonable level. And that, Gentry said, is something that courts are in no position to do.

“Arizona’s voters passed the AMMA to give legal access to medicine, not to create unnecessary financial hurdles to obtaining it,’’ he said. Berberian said the fees, which can range up to $150 a year for patients and $200 for caregivers who help patients, amount to “unnecessary and unlawful barriers’’ for patients to get marijuana that doctors have recommended to them.

The 2010 law allows individuals with certain medical conditions and a doctor’s recommendation to obtain up to 2 1/2 ounces of marijuana every two weeks. It also set up a network of state-regulated dispensaries to sell the drug.

Arizona elected officials were not happy with the initiative.

Jan Brewer, then governor at the time, did try to put some roadblocks in the program. She moved to stop Will Humble, then the state health director, from licensing the dispensaries on the premise that the state could not permit the sale of a drug that remains illegal under federal law.

That effort went nowhere and there are currently 99 licensed to sell the drug.

Berberian said there have been other roadblocks and litigation over everything from whether the state is required to add more qualifying conditions to whether marijuana could be sold in liquid form for a child who needed a non-psychoactive version of the drug. He argues that the refusal to reduce the fees is just another example of the state’s hostility to the voter-approved program.

The legal fight is not just about academics.

He said one patient, Lisa Becker, has suffered for years from a series of ailments.

Berberian said doctors gave her four different anti-nausea drugs and opiates to manage her pain. He said that medical marijuana has reduced her need for opiates and calms her it calms her nausea, permitting her to eat solid food without vomiting.

But he said that Becker, living on $1,100 a month, has to either borrow money to pay the annual $150 fee or spend less on medications.

The other plaintiff is Yolanda Daniels who is caregiver to her 12-year-old granddaughter Mercedes who has epilepsy.

Berberian said the marijuana has reduced her seizures. But that requires Daniels to pay $350 a year -- $150 for her granddaughter’s card and $200 for hers as caregiver.

Gentry said she’s in no legal position to say whether that’s too much.

“The only way the court could determine what fee meets the sufficiency requirements of the AMMA and the constitution would be to take over the administration of the AMMA from DHS,’’ she wrote.

That would put the court in the position of setting operating budgets based on policy decisions about everything from salaries to litigation expenses, decisions the law specifically leaves to the health department.

Agency spokeswoman Holly Ward said there are no plans to reduce the fees.

Berberian said if the agency doesn’t want to do that, there are other options.

He cited a program called Harvesting Hope, a nonprofit organization designed to help young children living in Arizona who suffer from pediatric epilepsy. Among the services provided are financial assistance to parents who want to get medical marijuana for their children.

“Certainly, there’s a shortage of funds there,’’ Berberian said.

Berberian has some support for his contention that the fees are too high.

When the lawsuit was filed, Humble told Capitol Media Services he set the $150 fee based on assumptions about start-up costs and the number of patients who would qualify.

As it turned out, his estimate of 25,000 patients was far too low, with the latest reports showing more than 125,000 have been certified by doctors as having conditions that entitle them to purchase and use the drug, with another 848 as licensed caregivers. He also said the computer servers necessary to run the program -- and ensure patients were not going from store to store and buying more than the law allowed -- are now paid for.

But those efforts came to a halt when he quit following Ducey’s 2014 election. And as Ward said, there is no interest by Cara Christ, his successor, to reduce the fees.

One thing Humble said he did manage to accomplish is to give a 50 percent reduction in the cost for patients who receive food stamps, an indication of financial need. The most recent state report shows about 13 percent of applicants qualified for the $75 fee, though that remains an annual expense.