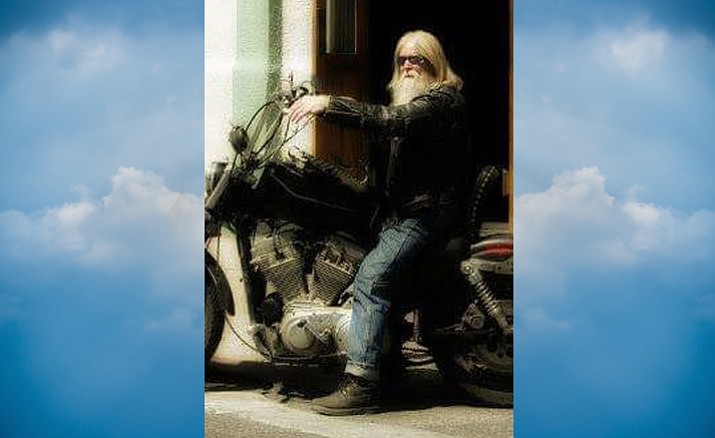 Born to Robert H. and Pauline H. Kimling, he was a happy child who made friends easily. This was a trait that he had his whole life.

Dan moved to Arizona in 1974 with his family, including son Danny and daughter Dawn. Around 1997, Dan concluded that big city life in Phoenix was not for him, so he moved to Jerome, Arizona. The next 20 years of his life, he spent his time helping to beautify the town by remodeling many of the structures there, including a church and the fire station.

His friends in Jerome all called him “Keebler” and that is how he introduced himself to everyone he met. He never met a stranger and was friends with nearly everyone in the town.

Dan lived a life full of family, friends, music and travel. Dan often traveled on his Harley Davidson motorcycle, including a trip to Sturgis, SD for bike week which was a huge highlight for him.