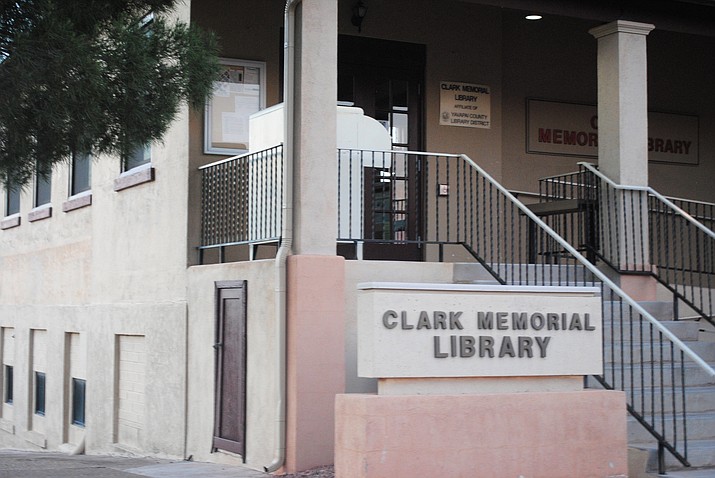 The Clarkdale Town Council unanimously voted to not renew the Town’s Intergovernmental Agreement with the Yavapai County Library District for Fiscal year 2018. 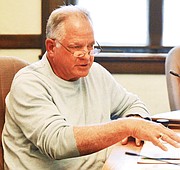 ‘We all feel for the library. We all value libraries. And we value a library in Clarkdale. We are in a very difficult situation. And we deal with it every day. And have dealt with it every day for years and then we have come along finally to a conclusion that says ‘yeah, we are going to have to make this decision that we really don’t want to make, but we are not finding any other solution to it’” -- Clarkdale Council Member Bill Regner

The county-wide Library District provides supplemental funding for library operations and library materials for all the affiliated public libraries.

The library item was discussed as the last order of business during Tuesday’s 3.5-hour special meeting, but the wait didn’t deter those who have been fighting for the library for months.

Discussion began with brief friction between Mayor Doug Von Gausig and Vice Mayor Richard Dehnert: Von Gausig wanted to get straight to business. Dehnert urged the mayor to let people in the audience speak before they vote.

The day before, Dehnert – the council’s strongest advocate for the library - sent out an email to members of the public who have shown their support to keep it open. In the email, he encouraged them to raise their hands at Tuesday’s meeting and state if they can volunteer, and help create and support a friends group for the library. He discouraged the email recipients from lecturing the council about the closure, as the issue has been discussed thoroughly.

Von Gausig granted members of the public five minutes each to speak at the podium, and stressed that nobody wants to close the library, and that the decision “is heavy on all of us.” He also reminded the audience that funding for the library was not included in this year’s budget.

A future Friends of the Library nonprofit, fundraising 501c3 venture was a common topic among those who took to the podium.

Another man addressed two of his concerns: what kind of image the town would project with a closed library, and not giving the Friends of the Library a chance. He urged council to postpone the decision until it is seen what the nonprofit could do to help.

One woman said the library was doomed when a fulltime position to manage it was cut, with staff being split between two part-time employees. It needs a fulltime librarian, she said.

Another woman presented the mayor with a hard copy of a letter, and read the letter out loud. After addressing her concerns that echo statements from previous speakers, she announced that she and a friend would be starting a 501c3 organization to save the library. She said she could guarantee 20 hours of volunteer work and $10,000 in donations.

Mayor Von Gausig told her she could have begun the organization months ago, and asked why she hasn’t applied for it yet. She said she was not going to apply until she heard the final vote.

The back and forth discussion became contentious.

“We don’t have a choice,” said a forlorn-looking councilmember Curtiss Bohall.

Von Gausig said it wouldn’t be much harder to reopen a closed library. The woman disagreed.

“You just sat through the budget meeting,” said Von Gausig.

“I did, and I saw a lot of places where money could have come out of,” she said.

The library was funded when there was less income, she added.

“I am? Because you are insulting me,” she said.

“You have five people who are sitting up here who do nothing but work for this town every day, who put in hours and hours and hours trying to figure out how they are going to pay for the expenses the town has, where they are going to get the revenue that they need, and to have you stand up there in that insulting tone, and pretend that we are not doing our job is incredibly insulting,” said the mayor.

Von Gausig cut her off.

“Your time is done at the podium. I’m sorry.”

Another man came to the podium. He said the data regarding the library’s usage “which supposedly came from the town council” published in a previous Verde Independent article was inaccurate.

“To say this thing is worthless to the community is absurd,” he said.

“Who is saying that it is worthless?” asked Regner in astonishment.

“Have you ever heard me say that it was worthless?” asked Regner.

“No but I can show you in the minutes where somebody did,” said the man.

“No, I don’t think anybody ever said that it was worthless,” said Regner, adding that the speaker’s comments were unfair and insulting.

“What hurts us is too, is to go through the budget line by line like we just did, and see the situation, and we’ve been doing this for some time, and as I said in a previous comments in a different meeting, a long time ago, we started cutting away the fat, we started cutting into the muscle, and this is the very unfortunate situation we are finding ourselves in. In order to save the body, we cut off a limb,” said Regner.

“I understand that…,” said the man.

“Let me just finish,” said Regner. “You are making a lot of statements and assumptions about who we are, and what we think, and what we feel, that are just not accurate. We all feel for the library. We all value libraries. And we value a library in Clarkdale. We are in a very difficult situation. And we deal with it every day. And have dealt with it every day for years and then we have come along finally to a conclusion that says ‘yeah, we are going to have to make this decision that we really don’t want to make, but we are not finding any other solution to it,” he said.

Another man came to the podium, and said he and his wife volunteer at the library at least four hours a week. He said he thought the council “were good people with good intentions.” But said he believes the library is the “sacrificial lamb” due to dwindled staff.

He said $40,000 isn’t a significant amount of money, adding that he would donate $500 to the cause. He said he is sure the 503c3 could get off the ground running, and could raise the money needed.

Von Gausig suggested that the man use the money to get the 501c3 started. He said there are attorneys who do most of the work pro bono.

“My suggestion is, find that attorney who wants to do that work. Take your 500 dollars to create a 501c3, and then you can create this framework for your organization whose purpose it is to see that the library is reopened. Everybody doesn’t has to give you the money the day they’re there, but you have to have some kind of enforceable donation form, that they have to come up with the money when it’s time for it. And when they do give that money, it will be tax deductible with that 501c3 status. Lots of people will help you with that,” said Von Gausig.

It’s an easy thing to say we promise you this will happen, said Von Gausig.

“I guarantee if you come here every month to our meeting to tell us the status of your 501c3 is and how it is progressing, you’ve got our attention,” said Von Gausig.

He then asked the mayor if he could guarantee that the building wouldn’t be repurposed.

Von Gausig said he cannot guarantee, but said that he has asked staff not to make changes to the building.

Dehnert said he was prepared to make a proposal – “a last Hail Mary” to keep it open. But, he said he had hoped the public support would develop into a solid, credible plan.

He told library supporters to not get discouraged, and urged them to get the 501c3 started.

“It breaks my heart, but I will have to go along with this,” said Dehnert.

After the public was done commenting, council member Scott Buckley made the motion to not renew the 2018 agreement with the Yavapai County Library District, thus ceasing Clark Memorial Library operations effective June 30. With heaviness, the council unanimously voted in favor.