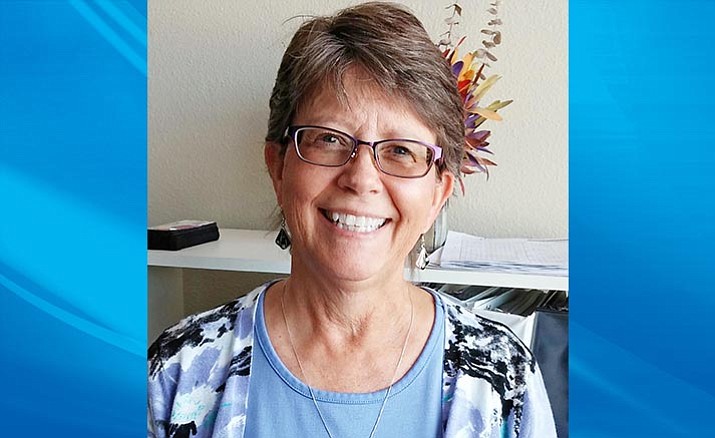 CAMP VERDE – It’s never easy for a school to transition from one leader to another.

But the governing board at Camp Verde United Christian School can rest a little easier now, as it has found a replacement for former administrator Kathy Becker.

Katherine Holden – who also goes by Kathy – will take over in early July as administrator at the classical Christian school, says board president Eric Schultz.

According to Schultz, Holden “seem[ed] to be the right choice” to become the school’s new leader “during all parts of the [board’s] selection process.”

“Both the evaluation of the formal preparation, education, and experience being sought to move the school forward and the getting to know you phase, a strong sense of fit was identified,” Schultz says. “Ms. Holden presents a clear vision of Christian faith, of education, and of leadership that resonates with the heart of the faith UCS espouses and with the tenor of our community.”

Holden, who was raised in Colorado, relocated to Arizona 20 ago with her family after a career in Connecticut that saw first her teach in public schools, then work as a consultant for the Connecticut Department of Education.

Currently in the Phoenix area, Holden says that though she has never worked at a classical Christian school, she is “familiar and embrace its concepts.”

“I hope to continue learning and growing within a model that seems to best fit God’s plan for the education [of] His children,” Holden says.

“I have been in education, both in the public realm and in the parochial realm, for a long time,” Holden says. “I have observed that regardless of the latest educational programs and philosophies, children learn in the same manner. In fact, their learning development and need is the constant in education.”

According to Schultz, Holden has “master’s level preparation and extensive experience in the classroom, at the administrative level, and in Christian ministry.”

“Her heart for children, their families and for Christian education and the style of classical education to which she has been exposed were clearly evident,” Schultz says.

“In addition to holding a Bachelor’ degree in education, a Master’s Degree in administration and a colloquy (MA equivalent) in gospel ministry through the Lutheran Church, she is a capable and energetic leader that is both accomplished and personable,” Schultz states in a letter to parents of the school’s students.

Holden replaces interim administrator Alan Emory, who in February replaced Becker. Emory, according to Schultz, will return to the governing board, where he served before temporarily replacing Becker.