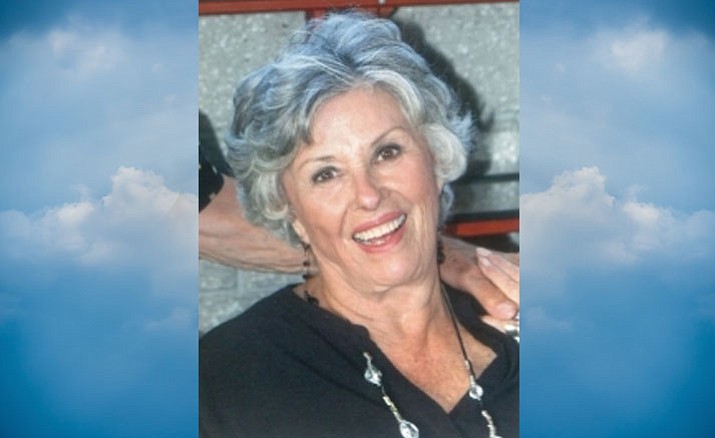 Beverly Elizabeth Brown passed away on Sunday, May 21, 2017 after 82 years of life filled with joy and challenge. She lived her life as a parent of love and as a friend who never met a stranger.

Bev was born December 20, 1934 in Phoenix, Arizona. Her first nine years of childhood were spent in Mexicali, Mexico, prior to moving to Phoenix in 1944.

She was a graduate of Kenilworth School, North Phoenix High School and Arizona State University, where she was a member of Gamma Phi Beta Sorority.

She lived in many Arizona cities: Globe, San Manuel, Kingman, Bagdad, Camp Verde, Clarkdale and Tempe. She spent the majority of her adult life in Camp Verde where she raised her two daughters and fulfilled her dream job as an educator: at Camp Verde High School, Northern Arizona University, and Mingus Union High School.

Bev was a vivacious, inspiring, and compassionate person, not only as a teacher, but as a personal counselor, friend, and Nana to those she developed in her keep.

Bev was a dedicated lifelong member of the United Methodist Church where she was involved in P.E.O Sisterhood and Tears, Milk, and Honey.

Bev was a member of the Phoenix Diggers because of her love for gardening. She also wrote the curriculum for Birth-Defects in the campaign for the National March of Dimes.

A celebration of her life will be held Friday, June 2, 2017 at Tempe First United Methodist Church at 11:00am.