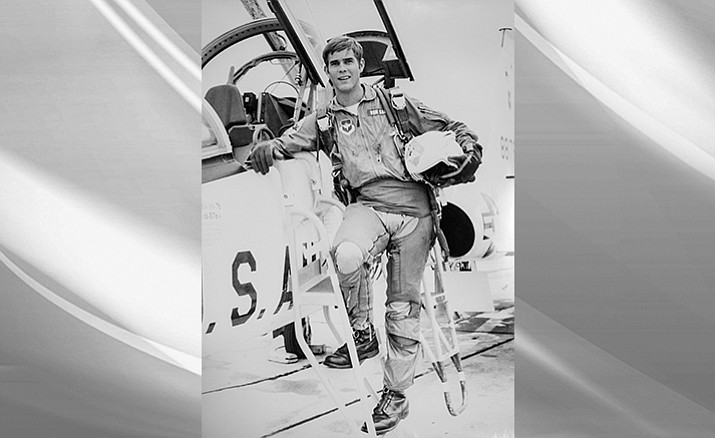 Born in Safford, Arizona, Doug Von Gausig is the Mayor of Clarkdale and served in the U.S. Air Force as a pilot from 1971 to 1976. As a teenager he spent his summers at his grandparent’s home in Cottonwood before attending Arizona State University with a degree in biology. He graduated from pilot training in Laredo Air Force Base, TX. Von Gausig was elected as Mayor of Clarkdale in 2004 and reelected in both 2008 and 2012.

Q: Can you give me a general overview of your service?

A: Yes, I was a pilot during the Vietnam era from about 1971 to ’76, over a six year period. I was flying various airplanes. I flew C-130s, which are large cargo planes – kind of a tactical cargo plane. But I flew several different kinds of aircraft during my service.

A: Well, my father was pilot so he had always exposed me to flying – he was a private pilot. We’d go up and fly around Arizona when I was living in Prescott and in Safford. The first year that the country had a lottery system for the draft, my draft number was very low, 62 out of 200, which meant that I would definitely be drafted. And so I decided that it would be better to join the service of my choice rather than just allow the luck of the draw to put me somewhere. I talked to the Navy and I talked to the Air Force, those two, and the Air Force just made more sense to me. It fit the way I like to operate.

Q: You studied biology – I imagine it was a big jump to go from biology to flying planes.

A: You know what, I found a way to fit biology into the pilot’s job. I did that because everywhere that I went there were jungles and whatnot. I’d collect butterflies and snakes and bugs and all kinds of stuff. So I always indulged my biology studies no matter where I was.

Q: Can you tell me about a memorable experience from your service, something that really stuck with you?

A: One of the operations I was involved in was the liberation of refugees from Saigon. At the very end of the Vietnam War a number of people who were at risk, because they had cooperated with the United States generally, had to be evacuated from Saigon to Guam and Guam to the Philippines and the Philippines to the United States. I was involved with that effort pretty extensively, flying these refugee families out. The back of our C-130 would have 140 or so people in there, having just been uprooted from their entire existence. Kids and moms and dads and grandparents and everything else. So that was an incredible experience just interacting with these people whose lives had been changed forever, with the stroke of a pen, essentially.

I also was involved with bringing some of the prisoners back, who had been in Hanoi, Vietnam. Those prisoners needed to be distributed back to their bases of operation, back to their families. So I had a lot of opportunities at that point to talk to people who were and had been prisoners like John McCain had been. He was not someone that I flew, but I flew a lot of different people who were in that category. That was incredibly interesting talking to them and seeing what their experiences were, how they had lived through that experience and whatnot.

Q: Would you say that your service prepared you for coming back and working as a biologist and now in a leadership position as the Mayor of Clarkdale? Do you find they relate in any way?

A: I think what you learn in the service is, you learn how to make decisions and to make them quickly, you learn how to assess what needs to happen and how to be very confident in your decisions. As a pilot in the Air Force, those are skills that are taught. I think that’s what you really come away from it with. Obviously I’m not flying for Clarkdale as the mayor, but what the Air Force taught me was all of these other collateral skills of leadership that you need to succeed as a mayor or an elected official, for sure.

Clarkdale mayor has inside track on drones (with video)
Letter: This guy hit the nail right on the head
Letter: Love, respect and admiration for Betty Von Gausig
2010 Verde Pride Awards: Citizen of the Year
World friendship through flying<br><i>99's: Women play major role in aviation</i>