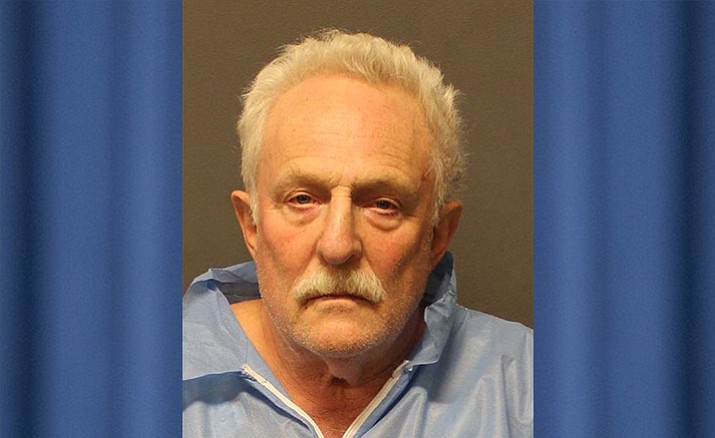 Emergency crews arrived to find a three-vehicle head-on accident, according to a news release from Eric Strauss, battalion chief for Copper Canyon Fire & Medical Authority. Two children and one adult were flown to Flagstaff and Phoenix hospitals.

That evening, deputies from the Camp Verde Marshal’s Office responded to a report of a white Ford pick-up truck driving erratically, heading eastbound on State Route 260 from the Cottonwood area.

The truck was being followed by a citizen who reported that “it was weaving in its lane crossing the center line, speeding up, and slowing down,” according to a CVMO news release. The truck was spotted by a deputy on SR 260 near Cherry Road, where the truck crossed the centerline and almost struck the deputy’s patrol vehicle.

Before the deputy could turn around, the pick-up truck crossed left of center and struck a 2001 Chrysler sedan head-on. The sedan was occupied by a female driver and her 12-year-old son and 3-month-old infant. The woman had to be extricated from the vehicle by fire personnel using “Jaws of Life.” She was flown to Flagstaff Medical Center with serious but non-life threatening injuries, according to CVMO. The two children were flown to Phoenix Children’s Hospital, with one being admitted to the ICU.

The driver of the truck, 64-year-old Gary Mark of Sahuarita, required some extrication efforts was transported to Verde Valley Medical Center where he was treated and released. According to CVMO’s Chief Administrative Assistant Darby J. Martin, Mark was arrested and booked into YCSO jail on charges of aggravated assault; endangerment; driving on a suspended license; aggravated DUI; criminal damage; possession or use of a dangerous drug; and possession of drug paraphernalia.

Both of these vehicles sustained heavy front-end damage.

A third vehicle was involved in the accident. A Dodge Grand Caravan occupied by a female and her four children, ranging in age from 2 to 7 years old, was also struck. The driver and passengers were reported to have no injuries, and the vehicle sustained minor damage.

The cause of this accident is under investigation by Camp Verde Marshal’s Office, assisted by the Arizona Department of Public Safety, said Trooper Kameron Lee, DPS public information officer.